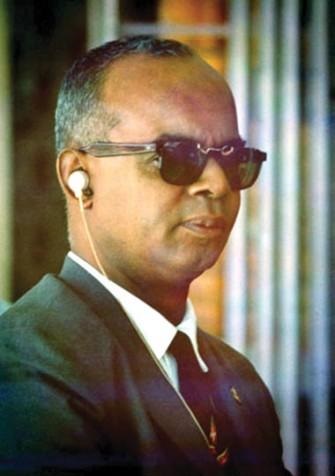 Trinidad and Tobago is suffering from a culture of corruption and the person to be held responsible for that is the “Father of the Nation”, Dr. Eric Williams.

Chairman of the Port-of-Spain People’s Movement and ex-PNMite Louis Lee Sing said had Williams taken action against those in his Government who committed negative acts, people would known that it was wrong or frowned upon from the outset. He said as it relates to the Darryl Smith report, it calls the PNM’s approach to leadership and governance into question.

Kirk Waithe, founder of Fixin’ T&T who was instrumental in calling for a probe on the matter said the Darryl Smith issue is not the first one of sexual harassment that the Government has had to deal with. He made mention of Rolph Balgobin, former Chairman of Angostura, who was accused of sexual harassment on numerous occasions.

Abdullah said the dealing of the Darryl Smith case shows that the Rowley Government and his leadership has failed, and need to be voted out of Government.

Waithe, as an activist, spoke about his own experience as persons tried to attribute negative qualities to his business. Abdullah spoke about political corruption, where CEPEP employees were told to attend PNM rallies or face the breadline. Overall, they agree that there is a fear that people need to overcome when addressing corruption at the highest levels of society.