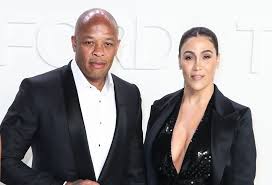 The billion-dollar divorce between Doctor Dre and his ex-wife is getting messier by the day, MTO News has learned.

Just last month, Doctor Dre called the police on his estranged wife, Nicole, and accused her of “embezzlement.”

Now Nicole is calling up 3 of Doctor Dre’s alleged mistresses to testify at their divorce trial, according to legal documents reported on by the Daily Mail.

The 3 women have hired an attorney, and are fighting being dragged into Dr. Dre’s messy divorce.

MTO News confirmed that one of the alleged women accused of being a mistress identifies as White (Jillian), one as Latina (Kili), and one as Black (Crystal).

“Shorto” in Court for Sandman’s murder 0