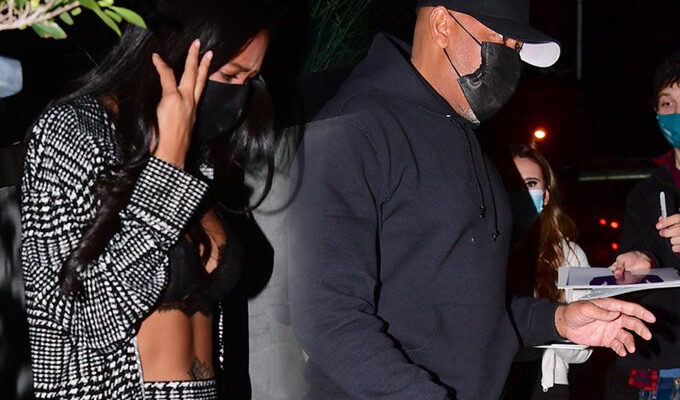 Dr. Dre must be ON THE MEND, as the MEGA-WATT producer/mogul was SPOTTED having dinner at BOA Steakhouse in L.A. last night with ‘Love & Hip Hop Hollywood’ star Apryl Jones!

If you recall, Apryl was involved with Omarion of B2K fame and has 2 children with him. Then years later, struck up a clandestine relationship with his bandmate, Fizz which ultimately caused a RIFF in their Millennium Tour, Fizz & Apryl have broken up, but have been seen COZYING up to one another on the ‘LHHFamily Reunion’ show that just started airing on VH1.