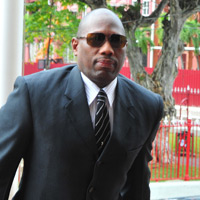 Director of Public Prosecutions Roger Gaspard, SC, has denied suggestions by the Chief Justice that the filings rate by the Office of the DPP was directly responsible for the near-collapse of the criminal justice system.

In fact, Gaspard said CJ Ivor Archie’s claim was “spectacularly disingenuous and misleading” as his office has filed between 150 and 300 indictments annual over the past decade.

Gaspard used an eight page release to the media on Saturday, to respond to Archie’s virtual address for the ceremonial opening of the 2020/2021 law term recently, where the CJ warned that the criminal justice system was on the verge of collapse.

Archie said while the Judiciary was able to dispose of 97 indictable cases, despite limitations due to the pandemic, only 12 indictments for cases had been filed by the Office of the DPP over the past year.
He said “It hides a distressing truth which is the criminal justice system is near collapse owing to factors beyond the Judiciary’s control.”

However, in his response, Gaspard apologised for the fact that his office only filed 12 indictments over the past term, citing several factors including perennial short staffing, limited office space, institutional and systemic adjustments due to the COVID-19 pandemic and the Judiciary’s unilateral decision to rely solely on electronic filing.

Gaspard also pointed out that in April 2019, the Judiciary had given his office the documents related to over 450 cases. He said that the documents were paper-based and the Judiciary agreed to accept them being filed in the traditional hard copy method.

Gaspard noted that since May this year the Judiciary has rejected its attempts to file the paper-based indictments in favour of electronic filings.

He said that the requirement has depleted his office’s finite resources as staff now have to scan the voluminous documents in order to meet the Judiciary’s new requirements.

Field Hospital tents, donated by the U.S were constructed in Couva 0