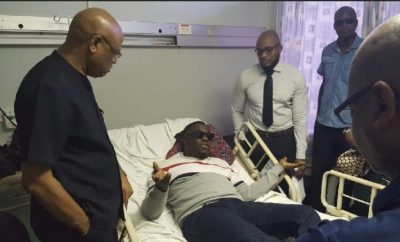 The investigation centers around statements Duke is said to have made last November.

Police on Monday at around 1:30 searched Duke’s One Woodbrook Place home and the PSA’s headquarters in Port of Spain. Duke was also taken into police custody and questioned. His personal cellphone was seized.

During intensive questioning he complained of feeling unwell and was taken for medical treatment and released into the custody of officers. He was again hospitalised at Eric Williams Medical Sciences Complex, Mt Hope, under police guard.

Many have suggested that Duke’s arrest is politically morivated.