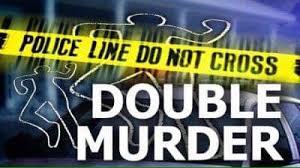 Two men were gunned down in the Moruga area on Tuesday night.

Reports are still sketchy but the incident is said to have taken place at around 11pm in a forested area off Penal Rock Road.

The men, who are yet to be identified, were found with multiple gunshot wounds.

Residents said they heard gunshots earlier in the night, but ignored it.