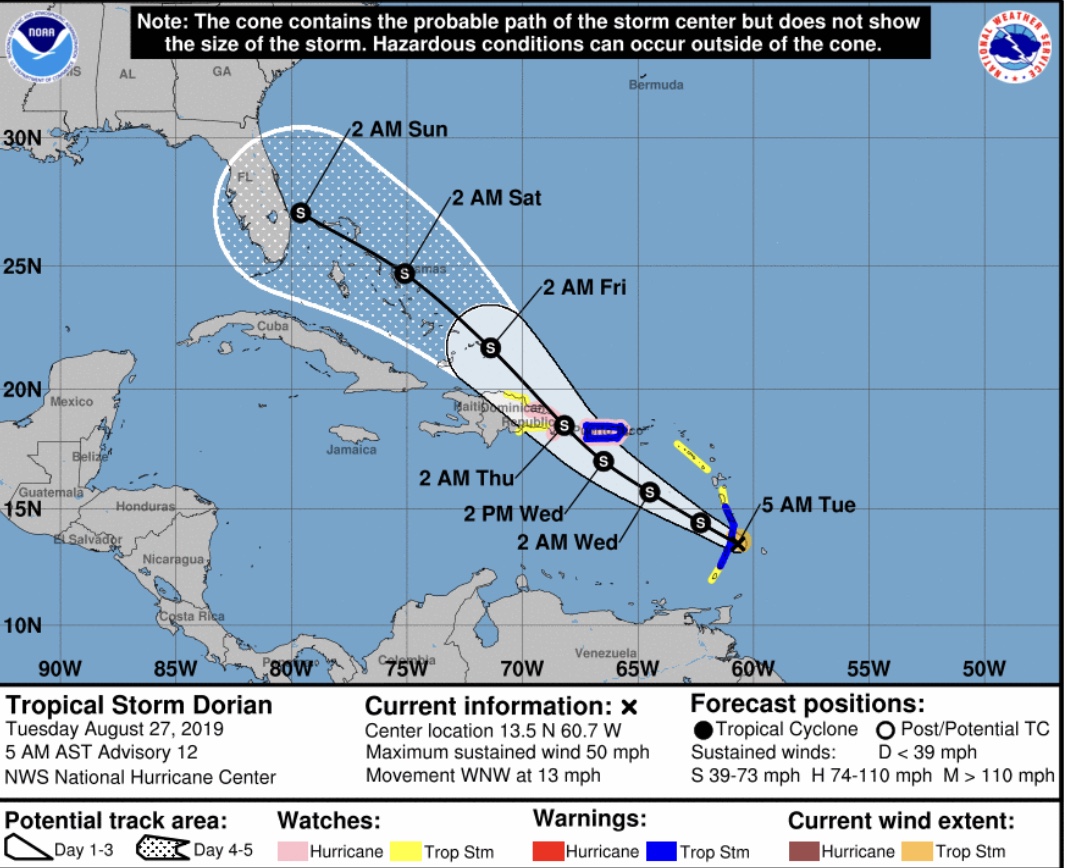 Dorian expected to become a hurricane by late Tuesday 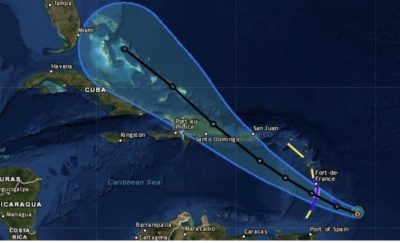 Tropical Storm Dorian is forecast to become a hurricane in the eastern Caribbean by late Tuesday, the National Hurricane Center says, issuing warnings to Barbados and other islands in the storm’s path. Puerto Rico, Haiti and other areas are also watching its progress.

The storm “is expected to be a hurricane when it moves near Puerto Rico and eastern Hispaniola” later this week.

Dorian is forecast to grow into a lower-level Category 1 hurricane, meaning its sustained winds would narrowly top the 74-mph threshold for a hurricane. For now, forecasters say, the storm remains small, projecting tropical-storm-force winds no more than 45 miles from its center.

St. Lucia’s government says the country is currently under a hurricane watch, predicting that Dorian will make landfall at 2 a.m. local time Tuesday.

Forecaster Maclean Jn Baptiste of the Saint Lucia Meteorological Services said that while a tropical storm warning was in effect earlier in the day, “with Dorian strengthening hurricane conditions can be expected across Saint Lucia as well.”