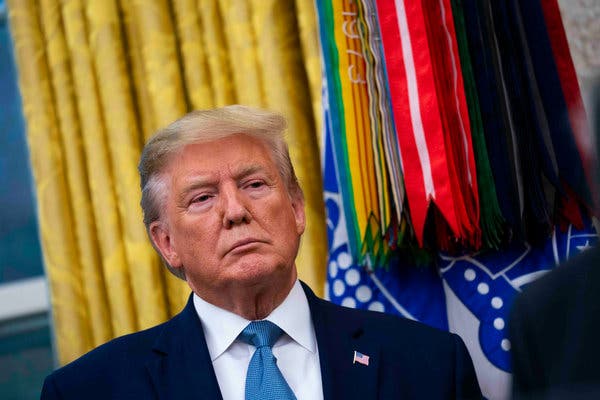 The New York Times has been receiving tax returns for President Donald Trump for more than the past 20 years.

The tax reports the newspaper has received, show that the American president has not paid tax on income for ten of the last 15 years.

The newspaper further writes that Trump paid $750 in federal income tax in 2016 when he won the presidential election, and that he also paid $750 in income tax the first year as president in 2017.

According to the newspaper, the reason why Trump has not paid more in income tax is largely because he has reported losing more money than he has earned.

Trump has been fighting for years for his tax returns not to be made public.

The New York Times writes that the tax returns tell a fundamentally different story than what Trump himself has told the American public about himself.

The tax returns he has sent to the US tax authorities are to portray a businessman who earns several hundred million dollars a year, but who still incurs large persistent losses, which he in turn uses to avoid paying taxes.

According to the newspaper, Trump, who now has increasing economic challenges, is more and more dependent on making money from companies that put him in a potential and often direct conflict of interest with his job as president.

The newspaper writes that they have received tax returns from more than 20 years back in time for Trump and for hundreds of companies that make up his business.

Delinquent children are not getting the assistance they need 0