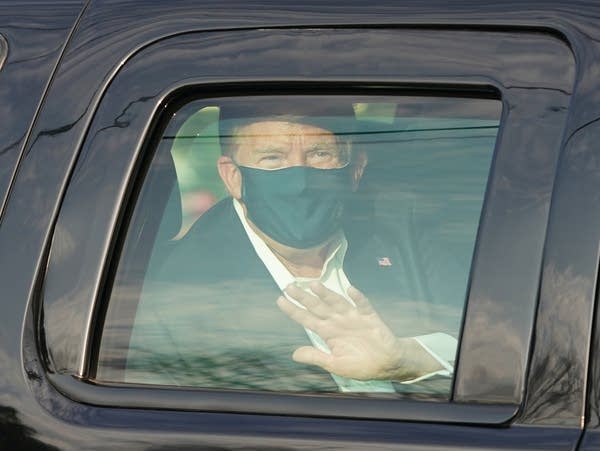 President Trump’s physician, Dr. Sean P. Conley, said on Monday that the president would return to the White House after having spent three nights at the Walter Reed medical center, although he was not “out of the woods yet” in his fight against Covid-19.

As reported by The New York Times, over the past 24 hours, President Trump has continued to improve, this according to Dr. Conley.

The president’s doctors evaded some key questions about the president’s condition, including his lung function and the date of his last negative coronavirus test.

They said that he had received a third dose of the antiviral drug remdesivir, and that he has continued to take dexamethasone, a steroid drug that has been shown to be beneficial to patients who are very sick with Covid-19.

I will be leaving the great Walter Reed Medical Center today at 6:30 P.M. Feeling really good! Don’t be afraid of Covid. Don’t let it dominate your life. We have developed, under the Trump Administration, some really great drugs & knowledge. I feel better than I did 20 years ago!

Dr. Conley did not give a firm answer about whether Mr. Trump would be confined to his residence. The West Wing is experiencing a growing outbreak, with Mr. Trump’s press secretary, Kayleigh McEnany, joining the list on Monday of his close aides who tested positive.