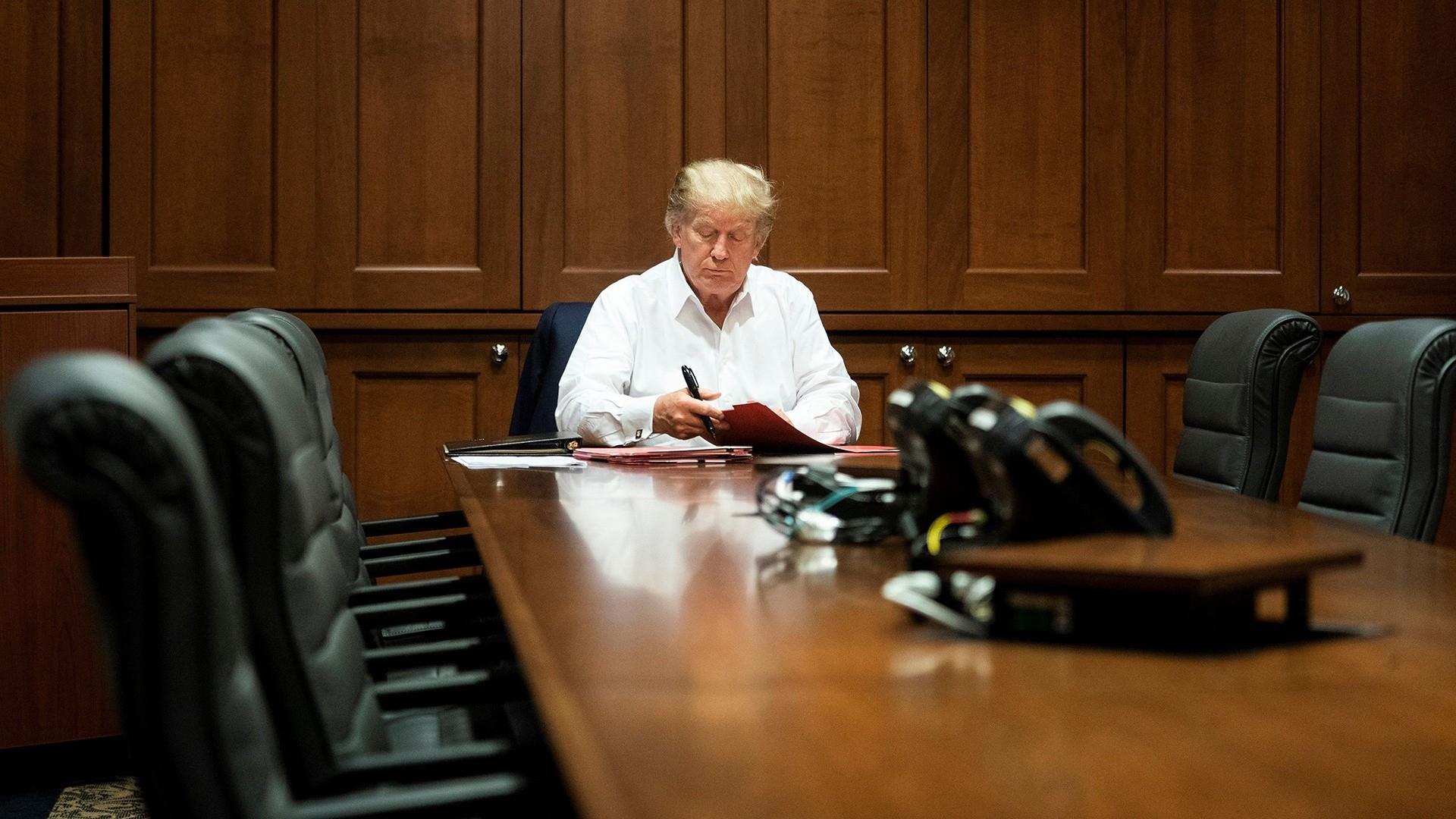 Communication between Donald Trump’s team of doctors, the advisers to the President of the United States and the press has been chaotic; the messages, confused when not contradictory.

While his doctors assured him, on Sunday, that “everything was going very well”, details about the treatment that Donald Trump would be undergoing began to be known – and he is not the one who normally follows someone who is “doing very well”. ”. Brian Garabaldi, one of Trump’s doctors, quoted by the Guardian newspaper, described the American president’s state of health as follows: “He has always been active. If he continues to feel and be as he is, it is possible that be discharged tomorrow (this Monday, the 5th) and that you can return to the White House, where you can continue treatment “.

The drop in oxygen may mean that the patient’s lungs are already affected – at least this has been reported in people with more complicated cases of covid-19. Any saturation below 94% (Trump reached at least 93%) is worrying, as explained by studies on this specific consequence of covid-19.

There is more information that is causing some confusion in public opinion: the fact that Donald Trump is currently taking several medications: in addition to a mixture of synthetic antibodies and the antiviral Remdisivir, the President is also taking dexamethasone, a treatment recently approved by European Medicines Agency but which is intended for patients with severe cases of covid-19, those who normally need to receive supplemental oxygen doses or mechanical ventilation.

Trump, judging by the video where he appears thanking the “patriots” who are concentrated near the hospital where he is being accompanied, is okay, nothing in his physical appearance denotes a serious illness. But then what is dexamethasone for?

The New York Times has been trying to understand with some doctors who are not treating the President but who have been following other serious cases of covid-19 which may explain this bombardment of medicines. “For me, the use of dexamethasone is the most incomprehensible part. It is not supposed to be administered unless a patient’s condition deteriorates quickly, ”said Thomas McGinn, director of Northwell Health, the largest healthcare chain in the state of New York. “They are throwing everything at him and it is legitimate for us to ask if he is in a more serious condition than we know or if his doctors are being very aggressive with the treatment, in a way that may even be damaging him” , added the expert on statements to the New York daily.

In studies first conducted in the United Kingdom, dexamethasone was shown to be beneficial in those patients who remained ill for more than a week, reducing deaths by one third among patients on mechanical ventilators and by one fifth among patients receiving supplemental oxygen for other ways.

The mortality rate among patients who received the steroid but who were not connected to any extra oxygen source (compared to those who did not take dexamethasone) was slightly higher, although the difference was not statistically significant. Still, just the possibility that dexamethasone may be more harmful than beneficial in the first stage of the disease has led leading researchers to warn that this anti-inflammatory can impair the immune system’s action if administered too early.

Ester Choo, one more specialist contacted by the “New York Times” has no doubts: “This has already passed the stage of positive prognosis. We are no longer talking about ‘plenty of precaution’ ”, the phrase used by doctors when they decided to intern the President of the United States at Walter Read Military Hospital.

On Sunday, Trump decided to leave the hospital to greet his supporters and quickly returned to the hospital facilities. Still, he did not escape criticism since the car he drove is hermetically sealed, an environment that doctors describe as “extremely propitious” for the spread of the virus.

James Phillips, an emergency physician at precisely Walter Reed Hospital, wrote on Twitter: “Every person inside the vehicle during this completely unnecessary presidential tour now needs to be quarantined for 14 days. They can get sick. They can die, just because of political theater. Trump put these people’s lives at risk in the name of a political theater. This is crazy. It’s an impressive level of irresponsibility. “

Before leaving to visit supporters, Trump made a video where he was a little more humble than normal. “It was a very interesting journey,” said Trump in a one-minute video posted on the social network Twitter before giving supporters such a surprise. “I learned a lot about Covid. I really learned, this is the real school. This is not the school of books. And I understand, I understand the situation: it is a very interesting thing and I will tell you everything ”.