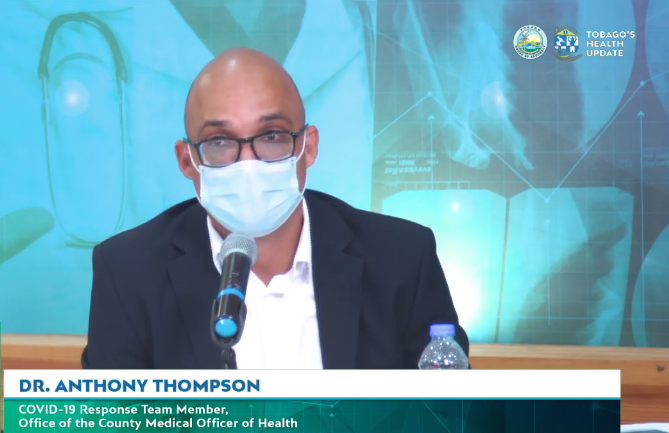 Dr. Anthony Thompson of the Office of the County Medical Officer of Health, Tobago, is predicting a rise in the number of new cases for the island, over the the next four week.

Speaking at a Tobago Health Update morning, Dr Thompson said that while it is difficult to say exactly what will happen during an outbreak, they have been using a model that can predict what is likely to occur.

He said that model currently shows that the number of new cases per week will continue an upward trend for the next four weeks, peaking at 166 for the week of June 16th to 22nd, which is week 14 in the model.

The stats forecast that the number of cases per week will take another four weeks to drop below 100 and may not return to single digits for another seven weeks, until week 25.

It expects the number of the new cases over the entire period to be 1,593.