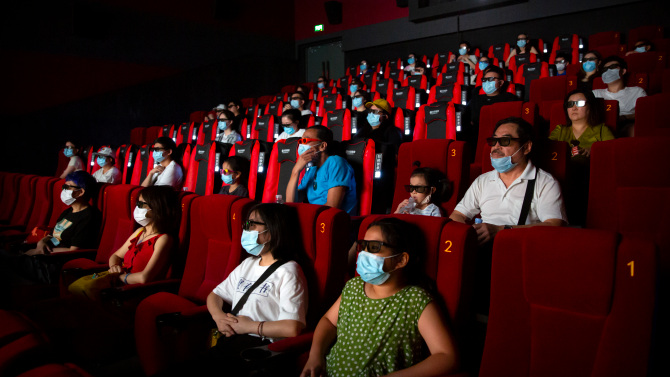 Hollywood giant Walt Disney Co said the rest of its 2021 films will screen exclusively in cinemas before being made available for streaming.

The decision is a boost to struggling entertainment venues, with major films during the pandemic debuting online at the same time as in theatres.

Marvel’s Eternals is among the films that will get a theatrical debut.

It comes after Disney’s successful theatrical release this month of Shang-Chi and the Legend of the Ten Rings.

Ten Rings – which tells the story of a former assassin forced to confront his power-hungry, warlord father – took in $127.6m (£92m) globally in its first weekend in cinemas.

Last month, Disney CEO Bob Chapek referred to the Ten Rings role out as “an interesting experiment for us”, given how all earlier films had been released online simultaneously with cinemas since the start of the pandemic.

The film is being made available exclusively in cinemas for its first 45 days, before becoming watchable on the subscription Disney+ streaming platform.

Eternals, directed by Oscar-winning director Chloe Zhao, will use the same release schedule, as will Steven Spielberg’s remake of West Side Story.

Animated musical Encanto will be in theatres for 30 days, starting around the Thanksgiving holiday in November, before moving online.

Other major studios have been closely watching Disney to determine whether they should also resume in-theatre debuts.

The decision also comes after actress Scarlett Johansson sued Disney over their decision not to theatrically release Black Widow exclusively in cinemas.

After an initial strong opening weekend, box office sales fell sharply, leading Johansson’s team to claime that Disney’s decision led to a loss in income for her.

The lawsuit is ongoing.