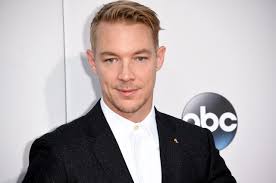 International DJ Diplo in an effort to prove his innocence over allegations of rape and sexual assault, shared his side of the story on Instagram with a number of screen shot text messages.

“I will keep this story easy to read because I know the internet has a short attention span,” the 42-year-old star, born Thomas Wesley Pentz, wrote on Wednesday night, referring to his accuser as “SA,” whom he also called a “stalker.”

“She was an obsessed fan of mine, and after I relinquished all contact with her, it appears that her only purpose in life has been to disrupt my work, my business, harass me and my close friends and attack me and threaten my family,” he alleged.

Diplo claims that “SA” was “not a minor” when he “had conversations or sexual intercourse” with her, claiming that “her own text messages admit this.”

In a BuzzFeed report, the Los Angeles city attorney’s office is weighing criminal charges against the DJ where prosecutors are considering charges of invasion of privacy and the intentional transmission of a sexually transmitted infection.

Diplo shared screenshots of his text exchanges with “SA,” which purportedly show the accuser incessantly texting him with no response. He included messages which allegedly shows she was making false claims against him; including claims that he “ejaculated inside her against her will” and knowingly gave her a sexually transmitted infection.