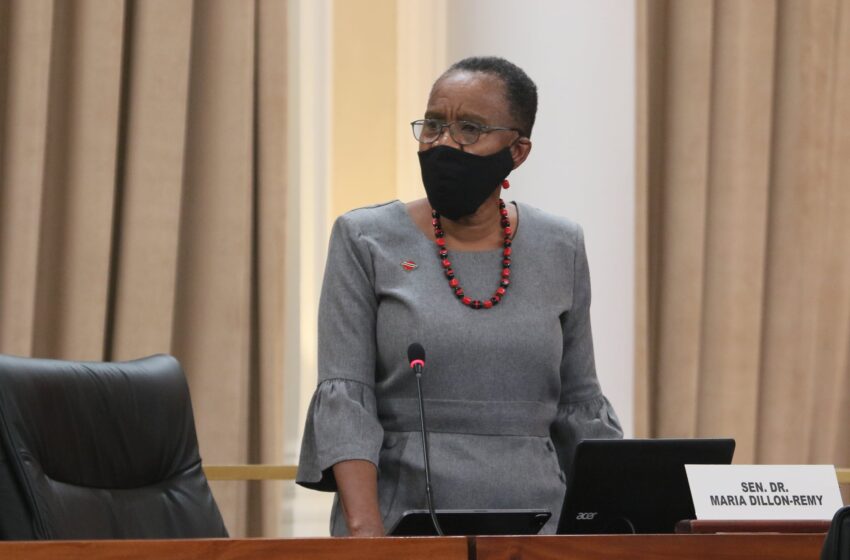 Independent Senator, Dr Maria Dillon-Remy, was the cheese that stood alone in the Senate last evening, as she voted For, and supported the controversial Public Procurement and Disposal of Public Property (Amendment) Bill 2020.

The bill was criticised particularly for Clause 5, which aims to remove legal, financial, accounting, auditing and medical services or any other service as a minister determined, from the remit of the Procurement Regulator.

The bill needed only a simple majority and it was passed with all 15 Government Senators voting yes and the additional vote of Dr Dillon-Remy, a medical doctor from Tobago, made it the 16 required.

The six opposition senators voted no, while the other eight independent senators abstained.

Organisations that were against the bill included the Law Association of Trinidad and Tobago that wrote to all senators on Tuesday stating: “In our view, the removal of oversight, scrutiny, accountability and administrative fairness in the procurement process in relation to the treaties and agreements referred to in section 7(1) amounts to constitutional impropriety degrading public trust and confidence.”

Independent Senators Dr Varma Deyalsingh and Paul Richards both expressed that they had been put in a bind with the bill, as there appeared to be significant pressure both for and against the bill’s passing.

Dr Deyalsingh said there had been a history of governments not always acting in the best interest of the people, and the bill, as it stood did not provide enough safeguards for such possibilities. He also questioned if the bill could finally end the tit for tat which appeared to be in place for selection, referencing legal briefs favouring politically partisan attorneys.

Senator Richards, in his contribution, said, “I have never been so lobbied from both sides.”

Richards, however, put forward several suggestions which were taken up for amendment during the Committee stage of the bill.

However, the government, stood firm on the clauses which allowed for government-to-government agreements, the clause which worried Richards significantly.

Richards said “We are making law not for who is in power but who necessarily is in power but who may come to power and who may have quite maleficent intentions where our public purse is concerned. And very often if we leave these loopholes without some sort of caveat or overlying protections we may find ourselves at unscrupulous persons in the future.”

Robert Lewandowski Is In the Same Category As Ronaldo And Messi -So Dey Say! 0