Dennie confirms that man climbing fence “is me”

Former Director of Intelligence at the Strategic Services Agency (SSA) Carlton Dennie has confirmed that he is, indeed, the man seen in the video climbing over the fence. But, he said the circumstances surrounding his climb was taken out of context. 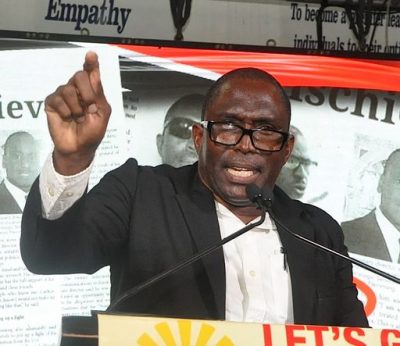 The video appeared on media practitioner Rhoda Bharath’s Facebook page this week, following Dennie’s comments that he was fired from the SSA because he refused to fire Indian employees at the organization under his tenure. He claimed the instructions were given by Prime Minister Dr. Keith Rowley.

In the video which was taken in 2015, Dennie is seen climbing the fence of SSA’s headquarters in Port-of-Spain. At one point, an item falls out of his hand, he retrieves it and climbs again before going over to the other side. Dennie said that he was dismissed from the company and as a form of humiliation, the officers who stood guard at the gate refused to open it for him. They instead, told him to climb over, and he did. However, sources said after he was dismissed he was asked to return his cell phone which he refused to do. He confirmed that the item in his hand was his personal cell phone, and that although the phone plan was sponsored by the company, the phone was his personal item.

Dennie is scheduled to have a press conference today to address the Prime Minister’s comments, that he was a low-level employee at SSA and that he removed sensitive security equipment from the office.

Loading...
Newer Post
Sizzla Kalonji gets green light to perform in Canada after being on a ban for over a decade
Older Post
New Yorkers can now indulge in marijuana