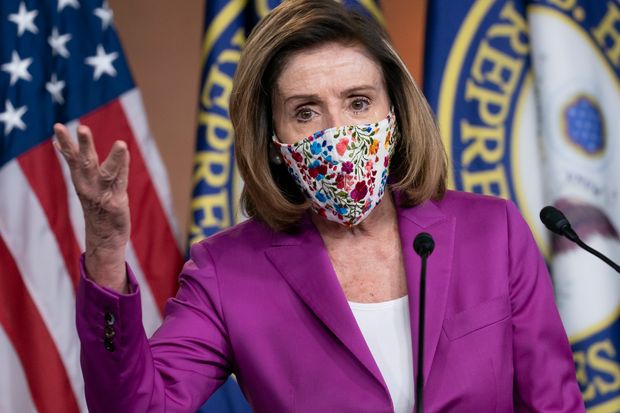 US Democrats plan to introduce an article of impeachment against President Donald Trump for his role in Wednesday’s invasion of the US Capitol.

House Speaker Nancy Pelosi said she would move forward with impeachment if Mr Trump did not resign immediately.
The charge of “incitement of insurrection” is set to be introduced by House Democrats on Monday.

They accuse Mr Trump of encouraging a riot in Congress in which five people died.
President-elect Joe Biden said impeachment was for Congress to decide, but said he had thought “for a long time President Trump was not fit to hold the job”.

The White House dismissed the impeachment as a “politically motivated” move that would “only serve to further divide our great country”.

Nearly 160 House of Representatives Democrats have signed on to the bill, which congressmen Ted Lieu of California and David Cicilline of Rhode Island began drafting while they were sheltering in place during Wednesday’s chaos at the Capitol.
If the process does go ahead, it would be the second time the House has pursued impeachment against President Trump.

In December 2019, the lower chamber impeached Mr Trump on charges of abuse of power and obstruction of Congress. But the Senate acquitted him on both charges in February 2020.

No US president has ever been impeached twice. However, the prospect of an impeachment conviction seems remote because of Mr Trump’s Republican broad support in the Senate.
One moderate Republican senator, Lisa Murkowski of Alaska, told the Anchorage Daily News on Friday that Trump simply “needs to get out”. And Republican Senator Ben Sasse of Nebraska, a regular critic of Trump, said he would “definitely consider” impeachment.

But there is so far no indication that enough members of the president’s party would agree to convict him.

That means an impeachment in the House might only be a symbolic action to hold Mr Trump accountable for the invasion of Congress.

An internal Senate memo says the soonest it could take up any articles of impeachment from the House would be on 19 January, the day before Mr Trump’s term expires, and a trial could only begin after he had left office.

Constitutional experts are split on whether impeachment can still proceed to a Senate trial in this event.
If convicted, Mr Trump would lose benefits granted to former presidents, and senators could vote to bar him permanently from public office.