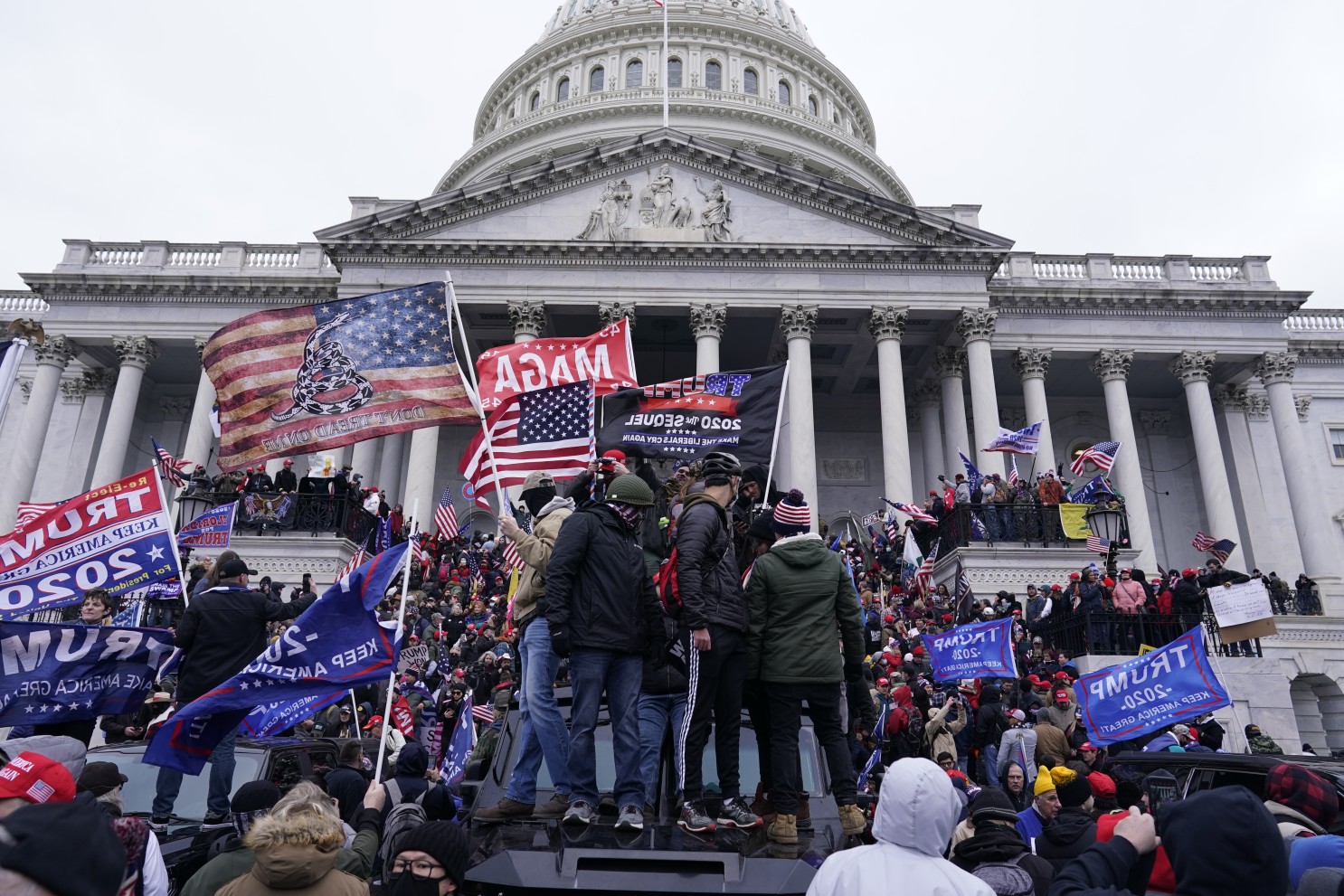 An American Democratic congressman sued former President Donald Trump for inciting a lethal Capitol insurrection and for conspiring with his lawyer and extremist groups to try to avoid certifying the election results that defeated him.

The lawsuit filed by Congressman Bennie Thompson, from Mississippi, who leads the Internal Security committee in the House of Representatives, is part of an expected wave of legal actions regarding the January 6 attacks on the Capitol and is believed to be the first filed by a member of Congress, claiming unspecified consequences and compensation, the Associated Press (AP) said.

The lawsuit also accuses Republican and former Donald Trump personal lawyer Rudy Giuliani, as well as extremist groups such as the Proud Boys and Oath Keepers, with members accused by the Justice Department, of being part of the attack.

A Trump adviser, Jason Miller, said today that the former US president did not organize the rally that preceded the Capitol invasion “nor did it incite or conspire to incite any violence” on January 6. Contacted by the AP, a lawyer for Giuliani has so far not commented on the accusation.

The suit was handed over to a federal court in Washington and is known three days after the Senate acquitted Donald Trump in an impeachment process based on allegations of direct responsibility of the former head of state in the events on Capitol Hill that resulted in the death of five people.

It is admitted that the Senate acquittal opens the door to greater legal scrutiny of Trump’s actions related to the January 6 attack and other lawsuits can be filed by other members of Congress or even by security agents injured during the attack.

Even some Republican congressmen who voted for Trump’s acquittal on Saturday acknowledge that the courts will be the best place to try the former president, especially now that he no longer runs the White House and has lost some of the legal protection that the post conferred on him.

The process seeks to follow the efforts of Trump and Giuliani to cast doubt on the election results of the November presidential elections, of which Trump was defeated, despite state officials across the country repeatedly rejecting allegations of fraud.

Despite evidence to the contrary, it is defended in the process, Trump and Giuliani described the election as a fraudulent act, while Trump “supported, rather than discouraged” threats of violence from his disgruntled supporters in the weeks before the attack on the Capitol.

The carefully orchestrated series of events that led to the ‘Save America’ rally and the invasion of the Capitol was neither an accident nor a coincidence”, it is argued in the legal process, adding that it was the “desired and predictable culmination of a carefully coordinated campaign to interfere with the legal process necessary to confirm the votes of the Electoral College “.

Presidents have legal immunity for actions committed under their functions as heads of state, but the lawsuit brought forward accuses Trump as a citizen, not as a former US president, in the use of his capacities, claiming that none of his behaviour was due to his presidential functions.

Increased patrol by the TTPS at banking institutions 0