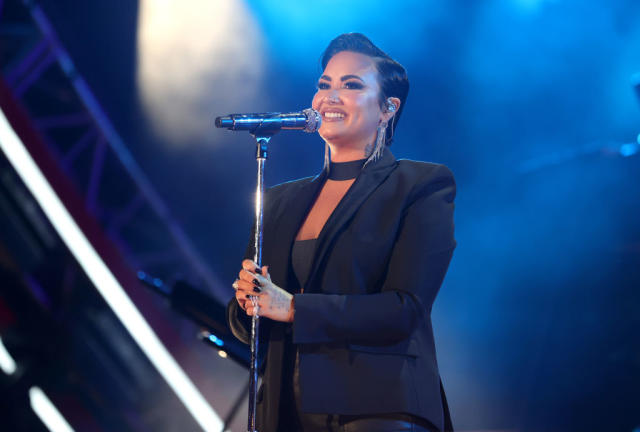 Lovato said on Monday’s episode of The Spout Podcast. “So for me, I’m such a fluid person that I don’t really… I don’t find that I am… I felt like, especially last year, my energy was balanced and my masculine and feminine energy, so that when I was faced with the choice of walking into a bathroom and it said, women and men, I didn’t feel like there was a bathroom for me because I didn’t feel necessarily like a woman. I didn’t feel like a man. I just felt like a human. And that’s what they/them is, is about for me, it’s just about, like, feeling human at your core.”

“Over the past year and a half, I’ve been doing some healing and self-reflective work. And through this work, I’ve had the revelation that I identify as nonbinary,” Lovato announced. “With that said, I’ll officially be changing my pronouns to they/them. I feel that this best represents the fluidity I feel in my gender expression and allows me to feel most authentic and true to the person I both know I am, and still am discovering.”

In April, Lovato updated her pronouns on Instagram to they/them/them/she/her.

Now, in August 2022, Lovato explained that her outlook is different (though as of Tuesday she had not yet updated her Instagram).