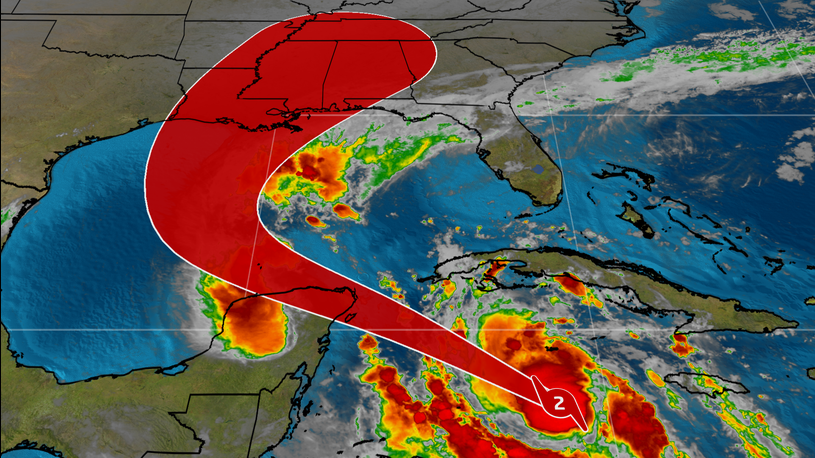 Delta Strengthens Into A Hurricane, Is Forecast To Hit Gulf Coast This Week

Oceanic and atmospheric conditions are favourable for the rapid intensification of Hurricane Delta over the seas to the south of the western region of Cuba, warned the Institute of Meteorology in its part of 12:00 on Monday night. Due to its proximity to the Island, special attention is paid to its evolution and future trajectory.

For the last few hours, Delta remained a category one hurricane on the Saffir-Simpson scale, out of a maximum of five. The maximum sustained winds increased to 130 kilometers per hour, with higher gusts and the central pressure dropped to 977 hectoPascal.

At midnight the center of the hurricane was estimated at 16.8 degrees North latitude and 80.4 degrees West longitude, a position that places it about 300 kilometers south-southeast of Grand Cayman and about 810 kilometers east-southeast of Cozumel, Mexico. . This system maintains its course close to the west-northwest, with a slight decrease in the translation speed, which is currently 11 kilometers per hour.

In the next 12 to 24 hours, Hurricane Delta will incline its path to the northwest and will increase the speed of translation, gaining in intensity over the waters of the northwestern Caribbean Sea.

According to the part of the Institute of Meteorology, the clouds and rainfall that accompany Hurricane Delta will affect the Isle of Youth from the morning and will spread to the rest of the western region.

The winds with tropical storm force will affect the Isla de la Juventud from noon and later will cover the western end of Pinar del Río and the south of Artemisa.

In addition, on the southern coast of the west there will be strong swells from the morning, with the beginning of light floods in the Canarreos archipelago and Isla de la Juventud from the night, which can reach moderate floods in the Guanahacabibes peninsula.

On Monday, the National Civil Defense Staff of Cuba decreed the Information Phase in the provinces of Pinar del Río, Artemisa and the special municipality of Isla de la Juventud in light of the impact of Delta on those territories.

Until Sunday, Delta was considered a tropical depression, the 26th of this year.