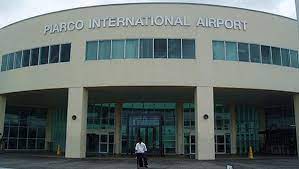 Minister of Works and Transport, Rohan Sinanan, says the decision to reopen Trinidad and Tobago’s borders will be made by the government after consultation with the Ministry of Health and National Security.

Minister Sinanan gave the update in the Senate this afternoon as he responded to a question posed by Opposition Senator, Wade Mark.

The Opposition Senator wanted to know in light of the joint statement issued by the International Air Transport Association and three other air transport bodies that countries should open their borders and utilize agreed biosafety protocols, when will this country’s borders be re-opened consistent with the IATA’s recommendation.

Loading...
Newer Post
Restoration work at Macqueripe Bay expected to be completed before Easter
Older Post
Imbert: no need to review NIB report before it is tabled in Parliament