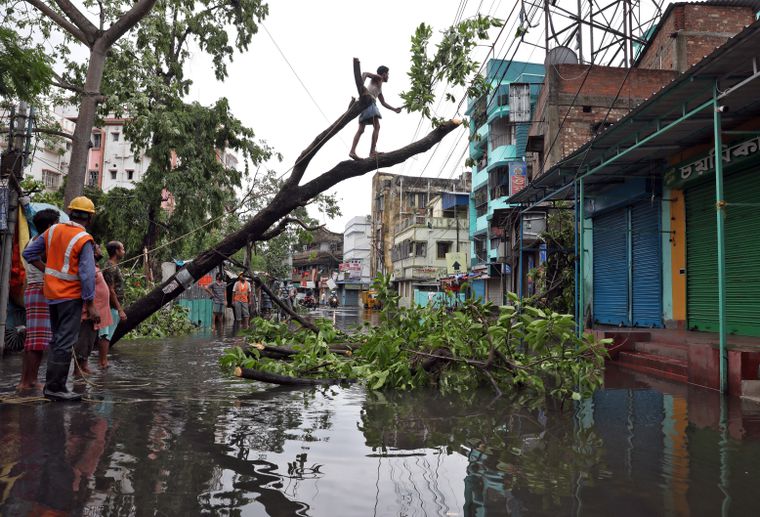 Cyclone Yaas churned closer to northeastern India on Tuesday as hundreds of thousands of residents in the COVID-weary country fled their homes to find safety. The formable cyclone in the Bay of Bengal was approaching the country as recovery efforts continue after western parts of India were ravaged by Cyclone Tauktae, one of the strongest storms on record for the Arabian Sea, last week.

The COVID-19 death toll in India surged past the 300,000 marks on Monday, making the country just the third in the world to reach the grim milestone. Only the United States and Brazil have recorded more fatalities throughout the duration of the pandemic. According to Reuters, 100,000 of those fatalities have occurred over the last three weeks amid a hard-hitting second wave.

Government officials were calling on farmers to cancel a mass protest set to be held outside of New Delhi, the capital, over fears that it could turn into another super spreader event. Health officials have blamed political rallies and religious gatherings for exacerbating the second wave surge of cases.

Vaccinations and needed COVID relief efforts could once again be interrupted due to the looming presence of Cyclone Yaas.

As of early Wednesday morning, Yaas was a very severe cyclonic storm with sustained wind speeds of around 75 mph and was located about 86 miles south-southeast of the coastal city of Paradeep, located in the state of Odisha. The storm is expected to make landfall by the middle of the week.

Buccoo Reef officially handed over to gov’t, due by month’s end 0