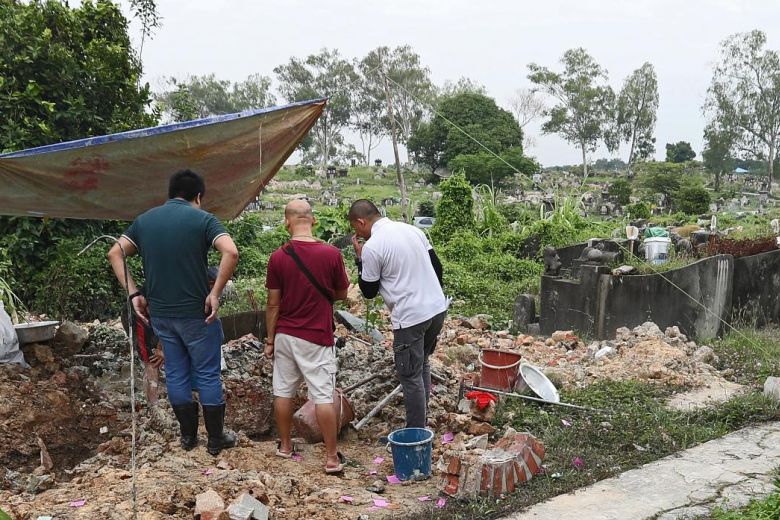 Dead Woman Unearthed And Sold To Be Married

The parents of a Chinese woman who died more than 12 years ago sold her daughter’s corpse to marry a dead man.

According to the British tabloid Daily Mail, the incident came to light during a report in the state newspaper Orient Today about this incident of modality of marriage, conducted by residents of the Huanghua neighbourhood in Cangzhou.

Kang Cuicui’s body was traded for an amount equivalent to R$62.8 thousand. The practice, known as Yin Hun, is based on an ancient tradition of the Asian country, in which family members guarantee to relatives who died unmarried a company when crossing the thin line of life.

It turns out that, according to Orient Today, Kang was not single. She committed suicide in 2008, after an argument with her husband, Li Zhong. After the tragedy, Víuvo and his family spent almost R $80,000 on a large funeral ceremony for ex-wife.

However, Li had an unpleasant surprise when he visited Kang’s grave on November 14th of that year: both the woman’s body and the goods buried with her had been stolen. He immediately called the police.

Shortly thereafter, the authorities reached an answer. Kang’s parents dug up the daughter and sold her as a “corpse bride” to another family, whose son had died in an automobile accident. Both were buried during a funeral-marriage ceremony held on November 23rd.

In an interview with local media, the mother of the “corpse bride” accuses Li of having moved the graves of his relatives, without the act including that of his daughter: “If I can’t move the tomb, I have to get her out of there”, she justified Mrs. Cuicui, “I cannot leave you alone.”

Authorities denied Kang’s ex-husband’s request for the investigation to continue. The reasons were not revealed.

Cangzhou is one of the few places to preserve this custom, which practically disappeared in China Modern. In one of the streets of the city it is possible to find several agencies that help residents to carry out post-mortem weddings.

Ceremonialist Li Zhenwang revealed that many relatives of deceased ones go to great lengths to organize these events. “As soon as [o cadáver] arrives here, we put him in a red coffin, with a Red flower“, he detailed.

Furthermore, the fact that the family that promotes this type of marriage is considered to have a high social status favors the continuity of the tradition.