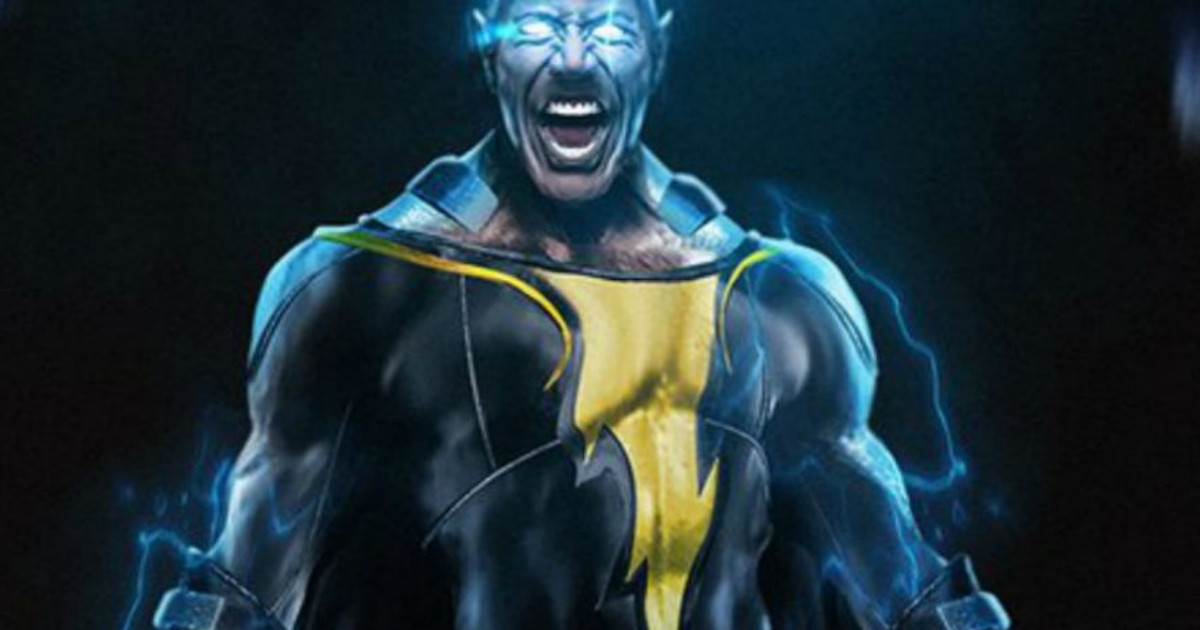 Dwayne Johnson has been talking about playing DC character Black Adam since before the film that was originally to have introduced him – Shazam! was even made. And as recently as last month, he’s confirmed that the film should be shooting next summer.

The Rock has taken things a step further, announcing a December 2021 release date and showing off some concept art featuring him as the character on his Instagram account.

The Man in Black ⚡️ Like most kids growing up, I dreamed about being a superhero. Having cool superpowers, fighting for what’s right and always protecting the people. It all changed for me, when I was 10yrs old and was first introduced to the greatest superhero of all time – SUPERMAN. As a kid, Superman was the hero I always wanted to be. But, a few years into my fantasy, I realized that Superman was the hero, I could never be. I was too rebellious. Too rambunctious. Too resistant to convention and authority. Despite my troubles, I was still a good kid with a good heart – I just liked to do things my way. Now, years later as a man, with the same DNA I had as a kid – my superhero dreams have come true. I’m honored to join the iconic #DCUniverse and it’s a true pleasure to become, BLACK ADAM. BLACK ADAM is blessed by magic with the powers equal to SUPERMAN, but the difference is he doesn’t toe the mark or walk the line. He’s a rebellious, one of a kind superhero, who’ll always do what’s right for the people – but he does it his way. Truth and justice – the BLACK ADAM way. This role is unlike any other I’ve ever played in my career and I’m grateful to the bone we’ll all go on this journey together. BLACK ADAM 12.22.21 ⚡️ Huge thank you to my friends, @jimlee and @bosslogic for this first time ever bad ass collaboration.

Black Adam, for those who may not know is (in the comics at least) the dark twin of Shazam, a character who has traditionally been a villain, though in recent years has been looking to atone for past crimes, becoming more of an anti-hero.

Johnson confirmed that he wanted to play the character in a Shazam film way back in 2014, but after a few years of development, the decision was made to split the characters’ origin stories and get the Billy Batson/Shazam story told first.

There are little hints of Adam’s backstory in the movie that scored at the box office, especially in the fate of Shazam the wizard (Djimon Hounsou)’s fellow magic-users.