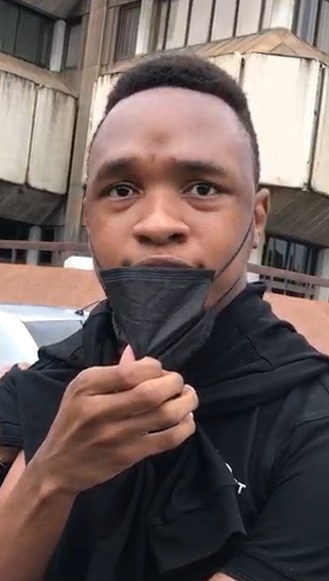 DAVID WELCH, of Hirondelle Street, Morvant, was charged today for insulting language, resisting arrest, and issued with a ticket for failing to wear a face mask in public.

Whilst proceeding north along Abercromby Street in the vicinity of the Red House, PC Bacchus observed a man walking north along the said street with his face mask drawn under his chin.

PC Bacchus stopped the vehicle, alighted and informed the said man who gave his name identified himself.

PC Bacchus told the said person that the Public Health Regulations states that the wearing of a face mask when in public is mandatory.

The man replied “ah not in no crowd, ah by myself, ah don’t have to wear a facemask.” PC Bacchus informed him that he must wear the face mask whilst in public and he replied “all yuh is ah set ah idiots”.

He was informed of the offence of insulting language and cautioned and he replied, “I don’t give a shit about that.” PC Bacchus attempted to arrest the man who allegedly pulled away and attempted to run.

He was subdued and taken to Central Police Station where he was formally charged for the offences of insulting language and resisting arrest. He was also issued with a face mask ticket.