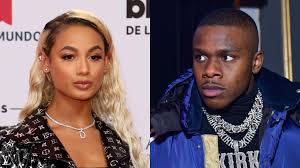 DaniLeigh charged with two counts of simple assault against DaBaby

The Charlotte-Mecklenburg Police Department has charged DaniLeigh with two counts of simple assault stemming from her public altercation with DaBaby this past weekend.

However, the police were called back to the residence Monday morning after DaBaby made another domestic abuse claim. After the second visit, law enforcement had enough evidence to charge DaniLeigh with the two misdemeanors.

In addition to the recent charges, DaniLeigh’s family reacted to the public drama and responded to DaBaby’s claim that they “disowned” his infant child.

DaniLeigh’s sister took to Instagram to deny the claim, stating she was present through her sister’s pregnancy and helped organize the baby shower.