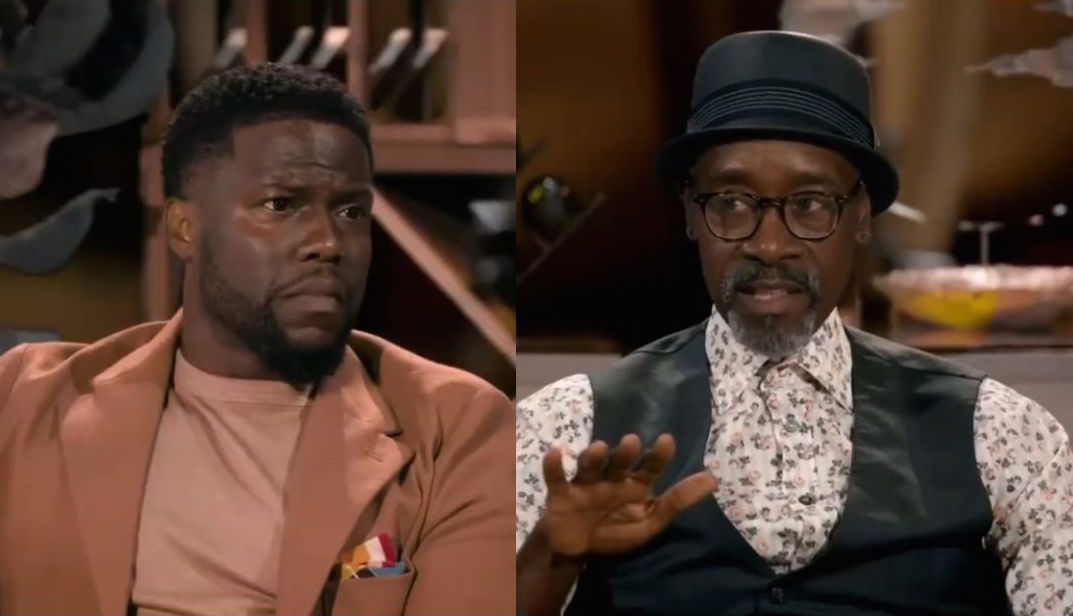 Kevin Hart has gone viral again. In a clip from his Peacock talk show, Hart to Heart, his reaction to Don Cheadle revealing his age has sent fans into a tizzy.

Announced earlier this year, Hart to Heart officially dropped as of August 5th.
In the series, the comedian “sits down with guests ranging from musicians to A-list actors who represent his interests and influences, in the comfort of his virtual wine cellar for an uninterrupted hour of insight, truth, enlightenment and humor,” per Deadline.

A recent clip, however, has taken the internet by storm, in which he engages in a hilarious back and forth with actor Cheadle.

Nah this just killed me cuz this is how I be ruining moments 😂😂😂 pic.twitter.com/4Cbg27xhCH

In the now-viral clip, Cheadle opened up to Hart in a conversation, sharing, “And me, you know, I’m 56 years old…”

Then, suddenly, in signature Kevin Hart fashion, the comedian yelled, “Damn!” This led to an award-winning moment in which Cheadle and Hart stared at each other, with Cheadle clearly taken back by the comedian’s comment.

Hart, with a straight face, then explained to Cheadle, “I’m sorry. I’m sorry because it was a thought…” Cheadle then responded, saying, “I don’t care.” Hart continued to apologize, saying, “It was a thought, and I blurted it out. I did not mean it that way.”

He continued “OK, but just understand I didn’t mean it the way it came out.” Cheadle then disagreed, saying, “We’ll take a poll on how you meant it with people here later after the show’s over, but…” Hart then pushed back, sharing, “I can sit up here and honestly say, buddy, that that was from a place of love.”

Hart then recalled the moment, saying “damn” again, but Cheadle still was not buying it. Cheadle said, “If we could play it back right now, these are two different ‘damns.’” 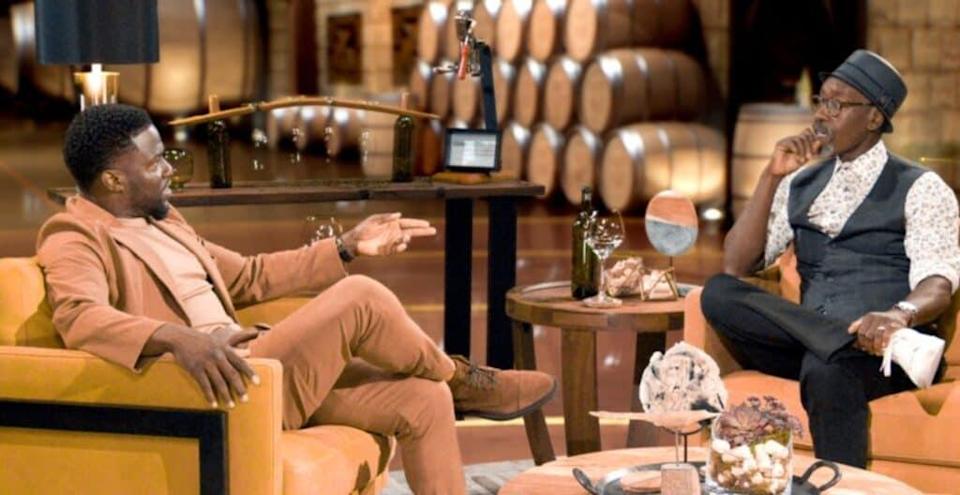 Black Twitter had a field day with the exchange, with many calling it “hilarious.”

One user wrote, “I love that Don Cheadle is 100x times funnier than Kevin Hart and that Kevin’s entire career could not withstand the comedy that Don created in this clip.” Another user seemed to agree, writing, “Don Cheadle is now 46 cause he just sucked ten years out of Kevin Hart’s soul.”

Cheadle himself took to Twitter to comment on the viral video, saying that he hopes to do a movie with Hart. He wrote to his followers, “that @KevinHart4real and i need to do a movie together asap! i think this is my favorite interview ever. ‘damn!’”