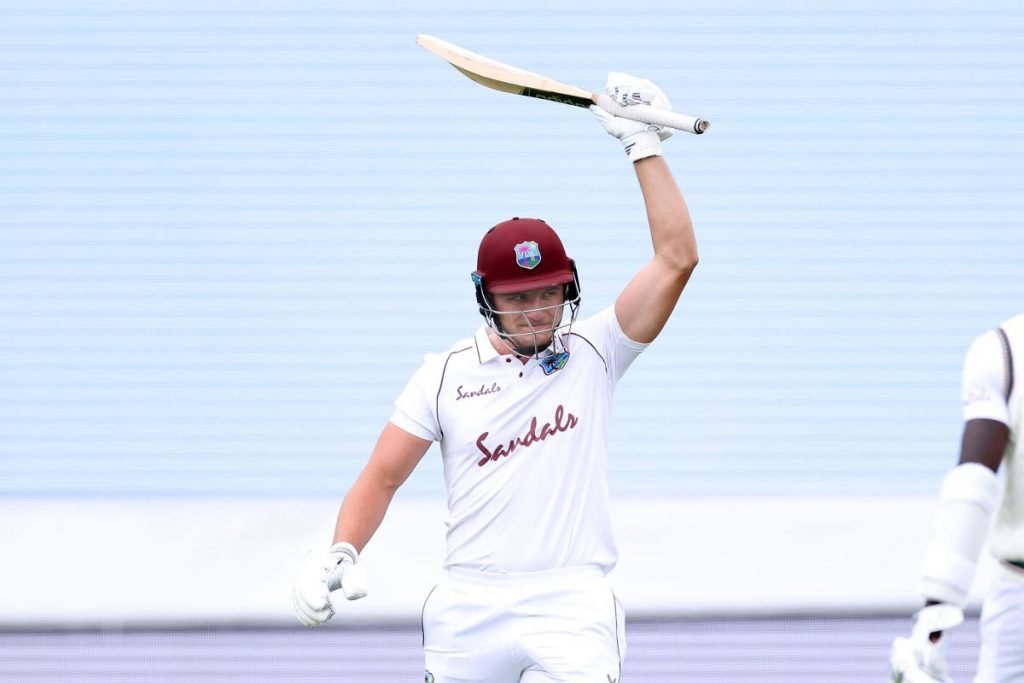 It was another very good day for West Indies on Friday as they posted a well-compiled 409 in the first innings before restricting Bangladesh to 105-4 by stumps.

Joshua Da Silva was at the heart of the batting, scoring 92, and putting on partnerships with Nkrumah Bonner (90) and Alzarri Joseph (82) to help West Indies achieve their first objective of posting a big first-innings total.

The bowlers then took over, with Shannon Gabriel taking two wickets, as Bangladesh were reduced to 71-4 before Mushfiqur Rahim and Mohammad Mithun taking them past the 100-mark.

West Indies resumed on their overnight 223-5, with Bonner and Da Silva in the middle. The pair frustrated the Bangladesh bowlers in the first hour, adding 43 runs to their overnight partnership to extend it to 88, when Bonner fell after he faced 209 balls and hit seven boundaries.

If the hosts hoped that wicket would turn the tide, it wasn’t to be. Joseph took the attack to the bowlers and together with Da Silva put on a 118-run partnership to assert West Indies’ dominance. 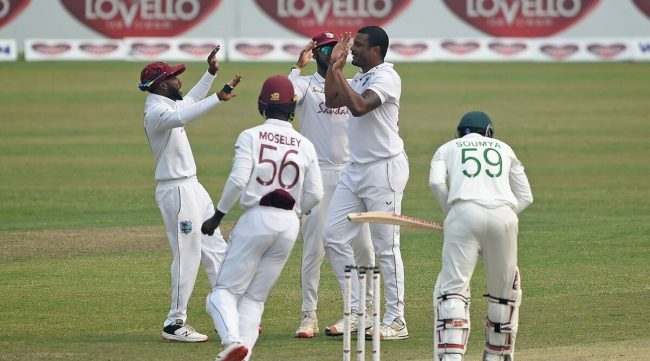 Da Silva brought up his half-century, with a reverse-sweep for four. He deserved a century, but fell eight short of the landmark. He faced 187 balls and struck 10 fours. Joseph fell four short of his career-best, having faced 108 balls and hammered 70 runs in boundaries — eight fours and five sixes.

The final session went West Indies way. They had two wickets within the first three overs, with Soumya Sarkar, dismissed for nought, and Najmul Hossain Shanto managing just four before falling in Shannon Gabriel’s second over. Tamim Iqbal and Mominul Haque then revived the innings, putting on 58 for the third wicket, but two more quick wickets hindered the hosts significantly.

It was Rahkeem Cornwall who broke through, firing one in wide and prompting Mominul into a drive which was taken behind by Da Silva while Tamim attempted a flick and the ball carried to Shayne Moseley short mid-wicket.