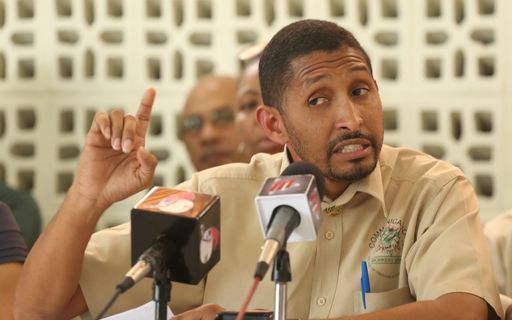 Secretary General of Communication Workers’ Union (CWU), Clyde Elder,claims that the Telecommunications Services of Trinidad and Tobago (TSTT) has secured at US$70 million bond to finance the retrenchment of 573 workers.

Elder said that TSTT received the bond through Republic Bank and Oppenheimer.

He made the revelation while seaking at a press conference on Friday, adding that TSTT had not yet informed the union of any retrenchment plans and that it was without a chairman for some time.

Elder said, “It was only this morning, we understood that Sean Roach has been reappointed as Chairman of TSTT effective March 15, 2022.

“So whatever actions had been taking place occurred without a chairman and without a properly convened board of TSTT, as there were only four directors of a nine-member board.”

Elder also accused TSTT of being secretive in their communication towards the union and the public regarding recent downtime with internet and phone services.

He said there was chatter that TSTT had not paid for certain licences for the renewal of software.

Israel and Switzerland the latest to confirm monkeypox cases 0