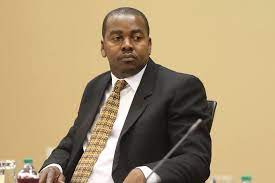 General Secretary of the People’s National Movement Foster Cummings has responded to unconfirmed information circulating in the public that a recent Ministry of Health report of 38 additional Covid 19 cases originated within the Baptist Community.

Responding to the information the Member of Parliament for La Horquetta/Talparo told News Power Now this morning that he could confirm the rumor by way of evidential support.

He also commented on recent a recent statement by the Commissioner of Police Gary Griffith advising both the Christian and the Shouter Baptist Communities to ensure they adhere to the Public Health Ordinance Regulations with their upcoming events next week.

The Spiritual Shouter Baptist Liberation Day will be celebrated on March 30th, while the Christian Community will commemorate Easter celebrations beginning with the Good Friday processions on April 2nd.

Commissioner Griffith asked the organisers to be more innovative, and instead of gathering in their hundreds, to have virtual events, including the Stations of the Cross processions.
In a media release, the Commissioner acknowledged under normal circumstances thousands participate in Shouter Baptist Day celebrations and the Easter Vigils every year.
Commissioner Griffith said these are not normal times as this month marked one year since the COVID-19 virus has been with us.

As a result, the Commissioner said he would not be entertaining any requests at this time for hold vigils and marches.
Foster Cummings told the newsroom that based on information he had there were no plans for large gatherings on the streets.

Commissioner Griffith said the TTPS noticed over the past year, some events with large gatherings caused a spike in cases.
He said recent gatherings accounted for hundreds of persons although the organizers of these events would have tried their very best to control the crowd which had gathered.

Global mechanisms are needed to ensure fair access to vaccines 0