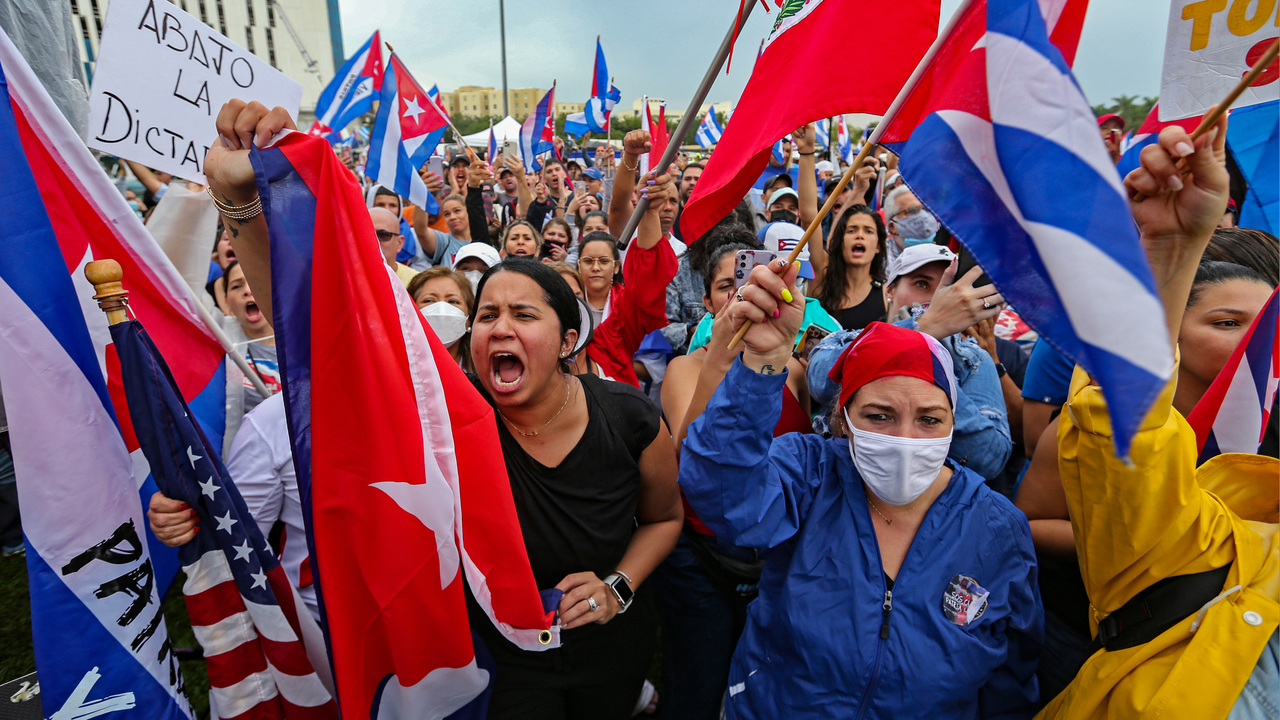 Cuba says it will allow travellers arriving in the country to bring in food, medicine and other essentials without paying import duties.

The announcement was made following the biggest anti-government protests on the Communist-run island in decades.

Thousands took to the streets on Sunday to protest over food and medicine shortages, price increases and the government’s handling of Covid-19.

There will be no limit on such goods brought in by travellers from Monday.

However, the measure is only temporary and has been derided as “too little, too late” by critics of the government.

His tone was much more conciliatory than that of President Miguel Díaz-Canel, who, as the protests spread, had called on government supporters to take to the streets to “defend the revolution”.

In contrast, Mr Marrero Cruz said the lifting of the import duties “was a demand made by many travellers and it was necessary to take this decision”.

He added that the government would “assess things” after 31 December.

Travellers to Cuba can currently bring up to 10kg of medicine into the country tax-free. However, they must pay customs duties on the limited amount of food and personal hygiene supplies they are allowed to bring in.

Scrapping the import duties had been suggested by some Cubans as a way to ease the shortages of medicines and food on the island.

The government had introduced the taxes to cut down on “mulas” (Spanish for mules), the name given to couriers who travel to Cuba from abroad heavily laden with foreign goods and currency.

But the measure not only hit Cubans who turned to the “mulas” to bring them items they could not get hold of in state-run shops, but also those who relied on relatives abroad to provide them with badly needed food and hygiene products.

Sandals receiving flack for COVID19 breaches and an outbreak 0