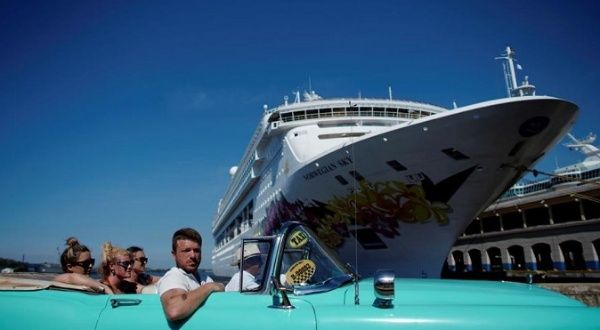 Cuba Gets Over 4 Million Tourists Despite US Limitations

Despite the United States’ attempts to limit tourism in Cuba, the country has seen three million foreign visitors between Jan. 1 and Aug. 15, Canadians making up the bulk of tourists to the Caribbean island.

The Cuban Ministry of Tourism (Mintur) said Thursday in a statement that the arrival of the three million international travelers was “achieved despite campaigns … directed by the U.S. government to prevent the flow of tourists to our country.”

“It also demonstrates the confidence and recognition achieved by Cuban tourism as a destination that offers security and hospitality to its visitors,” said Minister Manuel Marrero.

Cuba expects to close the year with 4.3 million tourists, though 5.1 million were hoped for.

Tourism Minister Marrero said in July during a parliamentary session that the U.S. decision to suspend cruise visits from U.S. companies and the U.S. will affect “more than 560,000 Americans during the rest of the year.”

Last June, the Trump administration began to prohibit travel to the island by private planes, yachts and cruises from the U.S., make the already limited visits starting from the United States even more difficult.

The Mintur note said on Thursday that Canada remains the main tourism-issuing market,  followed by Europe.

Marrero noted, however, that Russia has “the highest growth rate” of visits to Cuba and has several “development projects for the coming seasons.”

In 2018, Cuba received around 137,000 visitors from Russia, a number that has increased by 40.3 percent this year, according to official data, indicating that this may simply be a transitional period wherein the long-term the country sees an increased influx of visitors from the highly-populated country of Russia, and other Euro-Asian states.

“Once again our country is a Caribbean destination for its nature, heritage, culture, security and hospitality of its people,” said Mintur in a statement.

The Cuban tourism authorities have expressed their objective of being a major player in event tourism and making Havana a center for international meetings, which this year celebrates its 500th anniversary.

Tourism is 10 percent of the nation’s gross domestic product (GDP), generating half a million jobs and also investments in the sector.