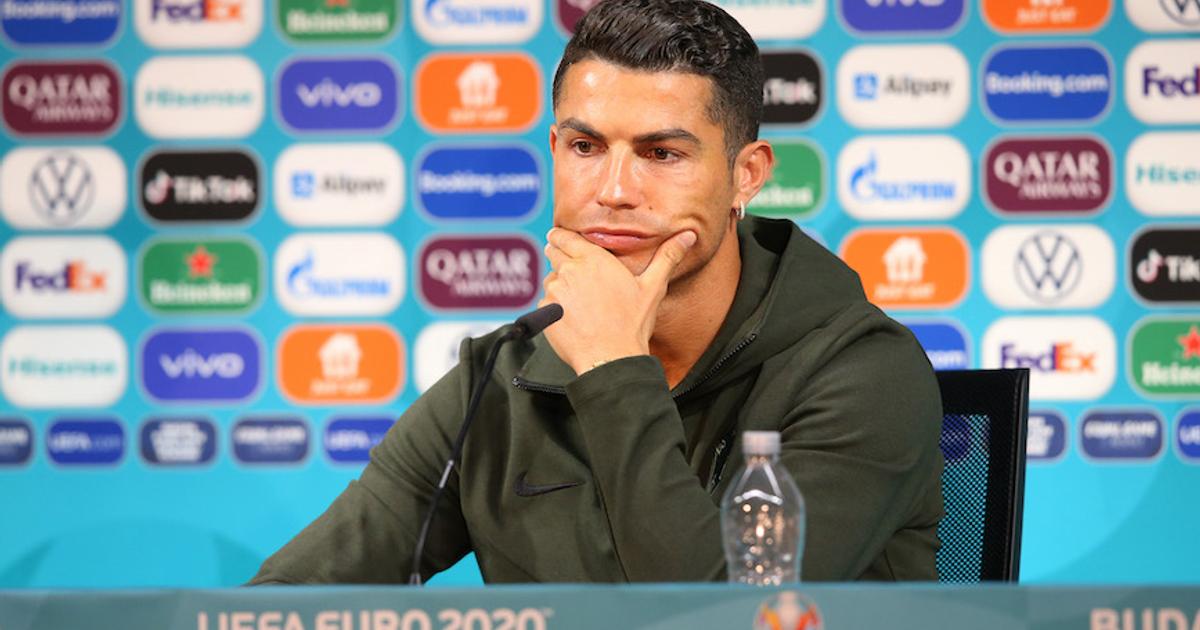 On Monday, the international soda company took a big dip in market value after Portugal captain Cristiano Ronaldo told fans to be healthier and drink water instead of Coke while speaking at a Euro 2020 press conference. During the conference, Ronaldo moved two Coke bottles to the side and then picked up a water bottle and said, “Agua,” which means water in Portuguese.

‘DRINK WATER’: Cristiano Ronaldo moves bottles of tournament sponsors Coca-Cola away from him as he enters a Euro 2020 news conference, before holding up a bottle of water to the media. https://t.co/eViWB6PGnb pic.twitter.com/0npxObjF0l

What Ronaldo didn’t know was that Coca-Cola would get hit hard on the marketing charts. According to Markets Insider, Coke opened up at about $56.17 but then fell by 1.6 percent, then to $55.22 by the end of the conference. Even on Tuesday, the company’s market continued to fall by about 0.3 percent.

“The coincidental drop in Coca-Cola’s stock could very well be a spurious correlation to the comment made by Cristiano Ronaldo,” Nicholas Johnson, equity analyst at Morningstar, said in a note to Insider. “Celebrities do play a role in the positioning of brands in consumers’ minds, but the extent of this is much more limited for an iconic brand like Coca-Cola.”
He adds that the most loyal fan of Ronaldo’s won’t stop drinking Coke. “It’s also worth noting the breadth of Coca-Cola’s portfolio, which spans healthier options, like zero sugar, all the way to water brands like Dasani and SmartWater,” he said.