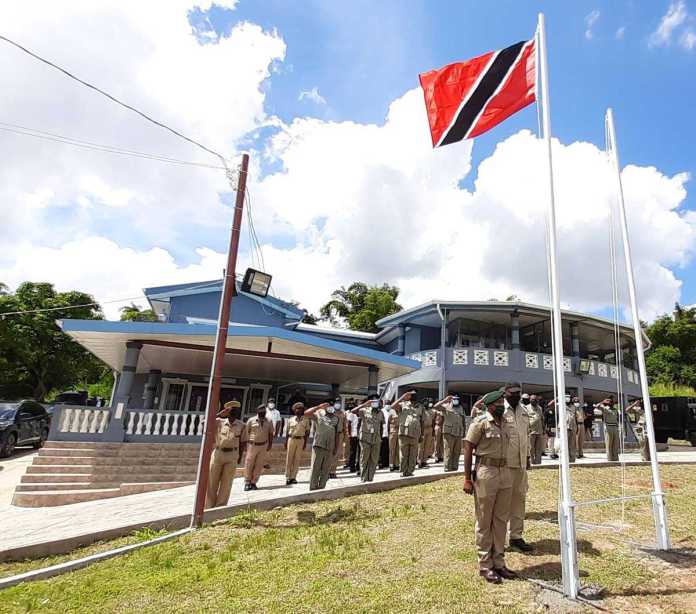 Prison inmates who have tested positive with COVID-19, are to be housed at a new facility in Claxton Bay.

Acting Commissioner of Prisons, Dennis Pulchan, on Wednesday announced the commissioning of the two-story building, near the Claxton Bay flyover.

The house was previously utilised by Vision on Mission, which was founded by the late Wayne Chance, to provide rehabilitation services to deportees.

Pulchan said “extensive work” was carried out in the last week to ensure the facility was brought to a high security standard.

The facility can accommodate up to 33 prisoners.
Each cubicle has one bed covered with both plastic and cloth sheets as well as a three-drawer chest. Some of the rooms have windows but they have been reinforced with metal barriers. The doors to the bathrooms have also been removed. The inmates will be given their meals through a locked metal gate at the entrance.

The inmates will be monitored via cameras set up along the corridors and manned on the same compound while all communication by the officers will be done via a public address (PA) system.

As it stands now, 23 prisoners have tested positive for the virus, six of whom have already recovered. Thirteen of the remaining 17 cases will be taken to the new facility before this week is over.

Pulchan said “All the officers who were selected and brought here were specially trained and counselled in a lot of areas.”

Teen who damaged child support centre due in court Monday 0