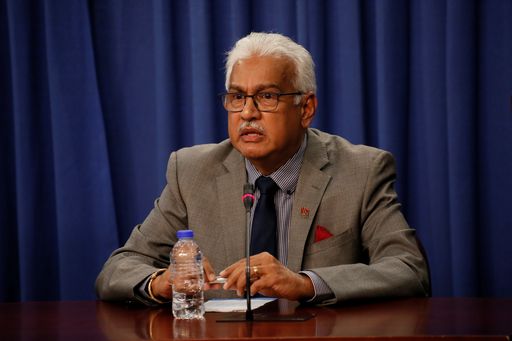 The Covid-19 numbers at this time do not suggest any massive increase of the virus in the school base spread.

Minister of Health, Terrence Deyalsingh, made the disclosure while speaking at the Ministry of Health media briefing on Wednesday.

Minister Deyalsingh said more than twice the number of schools are being tested for the virus but are still showing relatively constant numbers.

The Health Minister also gave a breakdown of the figures from last week and compared it against the latest figures available.

The number of positives for the period 9th to 15th May this year 328.

However, the number given last week was 306, described as a marginal increase by Minister Deyalsingh.

At Wednesday morning, the number of schools with positive cases for the virus stood at 153.

However, last week the figure was 144.