In Africa, the number of Covid-19 contamination is increasing. With a failing health system, states are taking strong measures, such as closing borders, to stem the virus.

Africa thought it was immune to the coronavirus. However, more than a month after the announcement of the first case in Cairo on Friday, February 14th, the continent already has more than 1,100 cases, including 26 deaths in nearly 40 countries, according to the report published on March 21st by the African Center. disease prevention and control (CDC).

The Maghreb countries remain the main centers of Covid-19. Egypt, Algeria and Morocco have registered 285, 90 and 77 cases, respectively, according to the latest official figures available. In sub-Saharan Africa, South Africa is the most affected country with 200 cases. And the pandemic continues to progress.

According to a report by the Center for Health Emergency Response Operations (Corus) published on Saturday March 21st, two new deaths linked to the coronavirus have been recorded in Burkina Faso, where four ministers are infected. The country, which now has 64 Covid 19 cases, had registered the first death in sub-Saharan Africa.

For Éric Delaporte, director of the infectious diseases unit of the Research and Development Institute (IRD), interviewed by the France 24 television channel on Saturday March 21, the number of cases diagnosed on the African continent “does not represent reality. The virus must already be circulating significantly. But the cases may not yet be detected because the majority of patients do not develop serious pathologies. ” 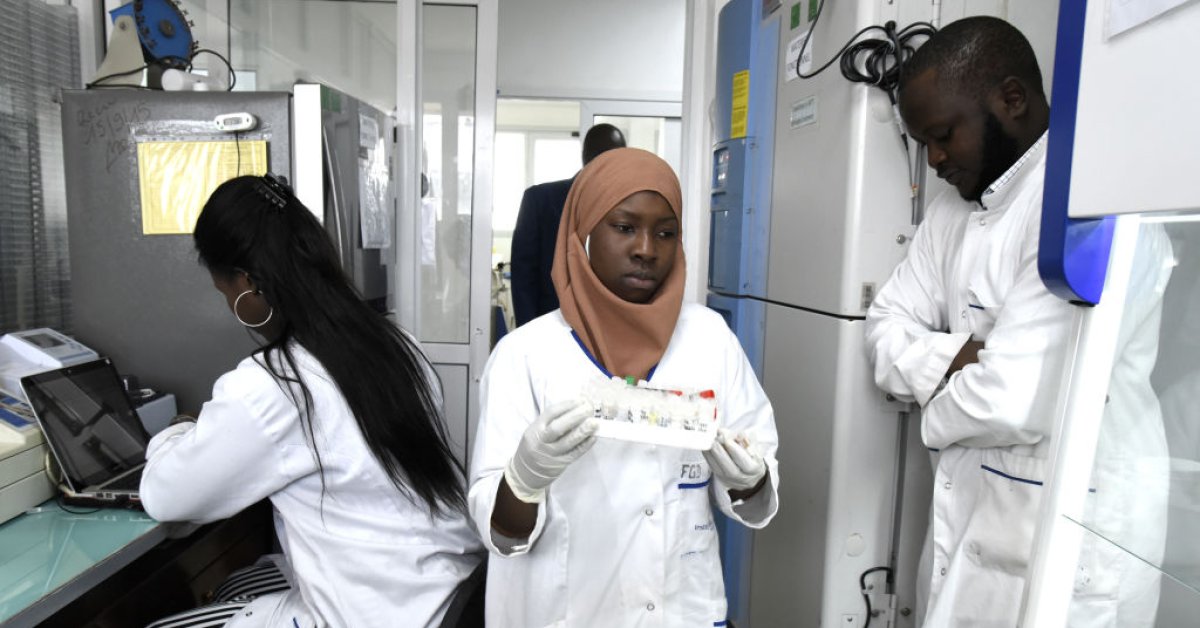 “Initially, it was believed that Africa would be contaminated through the return of Chinese people during the New Year. But we can see that the cases diagnosed come from the West, ”said Eric Delaporte, who is also a doctor in the infectious and tropical diseases department of the Montpellier hospital.

Senegal reported on March 2 a first case from France. The country now has more than 38 patients but no deaths according to official figures, the religious city of Touba being the epicenter of the pandemic.

Several drastic measures have therefore been taken by the Senegalese government to break the chain of transmission of the virus. Since Friday, the country’s air borders have been closed. Flights to and from Senegal airports are suspended except for cargo flights, medical evacuations and special flights allowed. These measures are in addition to those already taken a few days ago, such as the closure of schools, universities and mosques.

Like Senegal, several other African countries have taken similar steps in response to the World Health Organization (WHO) appeal which sounded the alarm and called on Africa “to wake up and prepare for the worst ”as soon as possible.

Burkina Faso has thus introduced a curfew from 7 p.m. to 5 a.m. in addition to the total closure of air borders. Other countries have gone further. In Tunisia, where there are more than 54 cases including two deaths, President Kaïs Saïed announced on March 20 a total confinement from 6 am to 6 pm in addition to a curfew between 6 pm and 6 am.

In Benin, where only two cases have been recorded, the government has requisitioned a thousand hotel rooms for the systematic quarantine of anyone arriving by air. The borders are not yet closed.

Members of the South African Police Services (SAPS) wearing a mask amid concerns over the spread of the COVID-19 coronavirus gather ahead of a volunteer drive in the densely populated Diepsloot township in Johannesburg, on March 21, 2020. – Volunteers distributed soap bars and informative leaflets to the resident in a move aimed to bolster awareness of the risk of poor hygiene. (Photo by MARCO LONGARI / AFP)

On RFI, Michel Yao, head of WHO’s emergency operations in Africa, warned of the perverse effects that the systematic closure of borders could have in terms of “circulation of experts” to support States.

“We understand the need for quarantine or surveillance, but it is practically impossible now to move experts from Europe. Now, among African countries, it is starting to get that complicated, because there are restrictions that are complete restrictions, which also limit support by other experts, even at the regional level. ” The WHO official is therefore campaigning for the establishment of a humanitarian corridor which will facilitate the conveyance of medicines and the equipment necessary for the fight against the coronavirus, such as oxygen concentrators.

“The management of coronavirus patients is based on respiratory resuscitation. There is going to be the problem of the breathing material device. There are assessments that have been made, in several large African cities, we are at fifty respirators for example. If we ever have a western epidemic, it is sure that management will be a problem, “added Éric Delaporte, director of the infectious diseases unit at IRD.

China Slams US ‘Selfishness’ Over Withdrawal From WHO 0