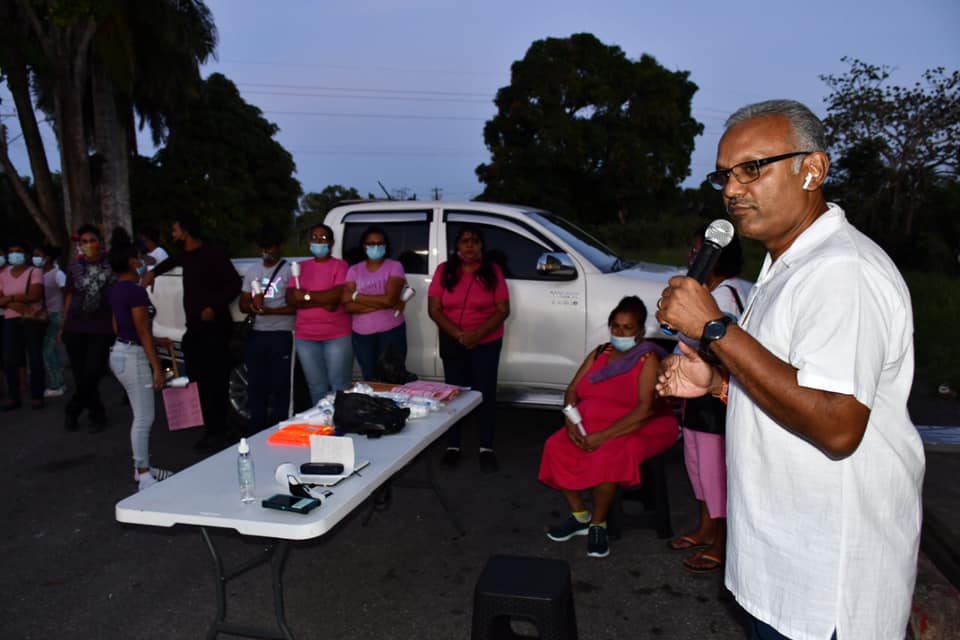 Couva South MP: Reports by women must be taken seriously by police

Couva South MP Rudranath Indarsigh, is calling on any female, who feels they were mistreated by the police, to visit his office and the necessary complaints would be lodged.

Indarsingh made the comment on Sunday, while addressing a vigil at Calcutta Settlement #1, Freeport.

He said the police should stop treating women with contempt when they make reports and he pointed to a newspaper article on Sunday, in which a woman reported that she was ridiculed and chased by the police when she went to make a report against one of the men who allegedly killed Andrea Bharatt.

Indarsingh said “Had they taken her seriously, maybe Andrea may have been alive today.”

He said unless the attitude of some police change, no amount of vehicles, technology or laws would create any improvement.

Indarsingh added that he has received complaints from constituents that they had been ill-treated by the police. But he stated that women and everyone must be taken seriously when they make a report.