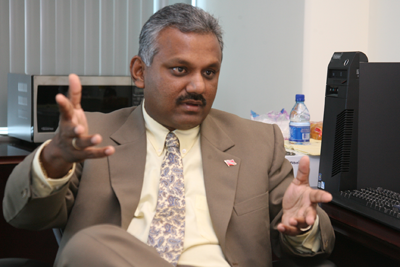 Couva South Member of Parliament, Rudnath Indarsingh said under Dr.Rowley’s management, “the country has a distressing record of approximately 5,500 positive cases, with a frightening 105 reported deaths.”

In a media release issued last evening, Indarsingh said the country now collectively has to try to comprehend the lack of logic in the Government’s approach to protecting the country.

Indarsingh said the Prime Minister failed to indicate whether the Government had measured the effectiveness of previous restrictions and management measures.

“Under These alarming figures and considerably high statistics, it prompts concern about the effectiveness or lack thereof of Dr. Rowley’s restriction and management strategies.”

He further said “it raises immense concern about the measures announced by the Prime Minister this afternoon, and whether these measures will help fight or infuriate the COVID curve.”

A former trade union leader, Indarsingh slammed the Prime Minister’s announcement that the public service should return to work, in full.

Indarsingh said “there was a total failure of assurance that anti-COVID-19 measures would be robustly implemented.”

Social distancing of workstations, the wearing of masks on the workplace, mandatory contact tracing and the regular sanitization of workspaces are all necessities of safe workspace in the ‘new normal’, citing these issues would stem a further problem.

Indarsingh is now calling on the Minister of Labour “to implement safe workplace measures across the public service, and to ensure that its workplace management practices are consistent with best practice protocols employed internationally.”

Transparency activist: Minister of Youth should set an example by resigning 0