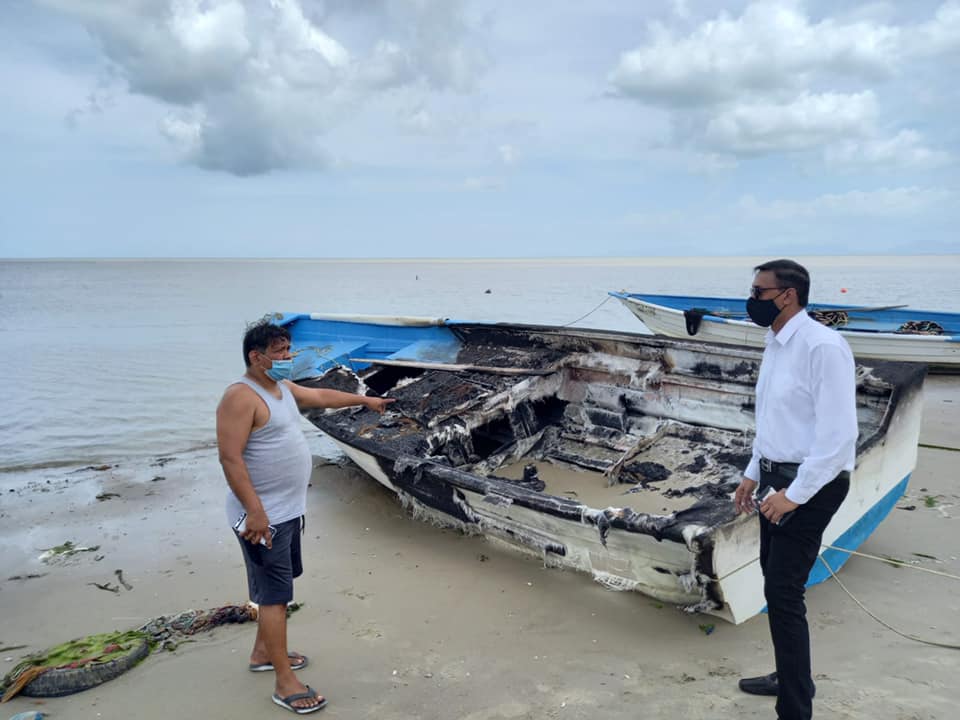 Couva North MP, Ravi Ratiram is inviting new National Security Minister Fitzgerald Hinds to meet with him and representatives from the Carli Bay Fishing Association as soon as possible.

Ratiram made the request, after the Carli Bay fishing community awoke Monday morning to the sight of yet another fisherman’s boat being gutted by an arson attack; the second such attack within one week.

An attempt was also made to incinerate another vessel, which managed to avoid any major damage.

Upon receiving news of this incident, Ratiram said he made contact with Central Division Senior Superintendent, Mr. Curt Simon to appraise him of the matter and to seek the assistance of the police.

He visited the site of the attack with Councillor Allan “Taxi” Seepersad and met with the President of the Carli Bay Fishing Association, Mr. Imtiaz Khan.
While there, TTPS officers from the Couva Police Station also visited the area to conduct their investigations.

Ratiram said “this matter concerning the protection, safety and welfare of the fishing community at Carli Bay is not a new one. In August 2019, the NGO Fishermen and Friends of the Sea wrote to the former National Security Minister, highlighting the plight of the Carli Bay Fishing Community and making a number of pointed recommendations for the improvement of the security infrastructure there. To date, no affirmative action has been taken towards resolution of these issues, which now are a real and present threat to their livelihoods and their very lives.”

He said “In light of the above, I now call upon the new Minister of National Security, Mr. Fitzgerald Hinds seeking his immediate intervention as well as those of the TTPS, to remove the threat of the issues that the Carli Bay fishermen are faced with. For too long have their pleas and their cries fallen on deaf ears. Let us not wait until any more lives are lost before action is taken to do the right thing.

Loading...
Newer Post
PM says UNC using promise of vaccines from the US to promote themselves
Older Post
Call made for entire Medical Board to resign over its ‘mishandling’ of Sawh racism enquiry