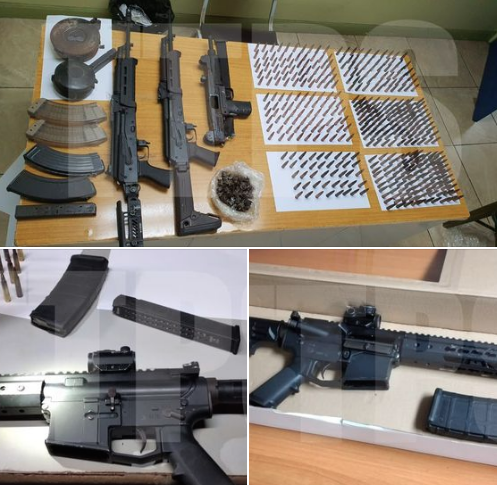 Couva couple arrested with high-powered rifles and assortment of ammunition

A Couva couple is assisting police with investigations after three high-powered rifles and a quantity of ammunition were seized during an intelligence-led exercise on Saturday morning.

At 4.50 am on November 6th, 2021, police officers attached to the Gang and Intelligence Unit and Western Division received certain information which led them to acquire a search warrant for a house located in Central Trinidad.

The party of officers went to a house located in Couva, where a search warrant was executed for firearms and ammunition in the presence of a 28-year-old taxi driver and his 22-year-old girlfriend.

Senator Lutchmedial on CoP process: “yuh not hiring people to run a parlour” 0