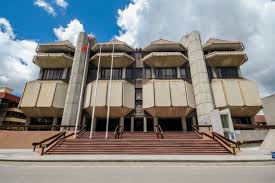 The Court of Appeal on Tuesday ruled that the Public Health Regulations implemented by the Government in response to the Covid-19 pandemic are constitutionally valid and protected from challenge.

The Office of the Attorney General and the Ministry of Legal Affairs, in a media release, said this decision affirms the Executive’s right to continue to pass Regulations to protect the public health of the people of Trinidad and Tobago and stands as solid testimony to the method and approach adopted by the government since the onset of the Covid-19 global pandemic.

It said in the decision of the Court of Appeal, in the case of Dominic Suraj and others v The Attorney General, and Satyanand Maharaj v The Attorney General, a Panel comprising of Chief Justice Ivor Archie, and Justices of Appeal Dean-Armorer and Aboud, found the Regulations are protected from constitutional challenge as they were well within the powers provided to the Executive by the Public Health Ordinance.

It said in arriving at its decision, the Court of Appeal rejected the Appellants’ arguments that the Regulations offended the separation of powers principle and ought to have been brought before Parliament to be passed by a special majority.

The Court also found no merit in the argument that the government ought to have declared a State of Emergency in order to enact the measures which it did under the Regulations.
Finally, the Court of Appeal stated there are no “overriding supra-constitutional principles” which can be utilised to override the express provisions of the Constitution.