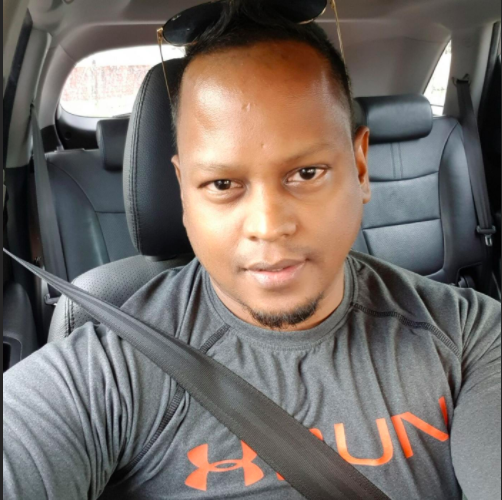 Couple arrested for the death of former fire service officer

A 23-year-old woman and her 28-year-old partner were arrested in connection with the murder of Princes Town businessman Christopher Hosein.

Hosein, who is a former Fire Prevention Officer with the Trinidad and Tobago Fire Service, was found at the side of his burnt Kia Sorento vehicle along a trace off M1 Tasker Road on Wednesday.

Hosein’s hands were bound with duct tape and police also found a length of rope around his neck.

His body was discovered by a farmer who was on his way to his garden around 6:30 a.m.

Police believe Hosein, 44, may have been knifed to death at his home in St. James Street, Princes Town before the suspects removed his body to the lonely site to burn it.

The couple was arrested hours after the discovery and is assisting police with their investigations.

Hosein was a father of two. He owned Experts Fire and Safety Limited.

Five held and over 10kgs in marijuana seized 0