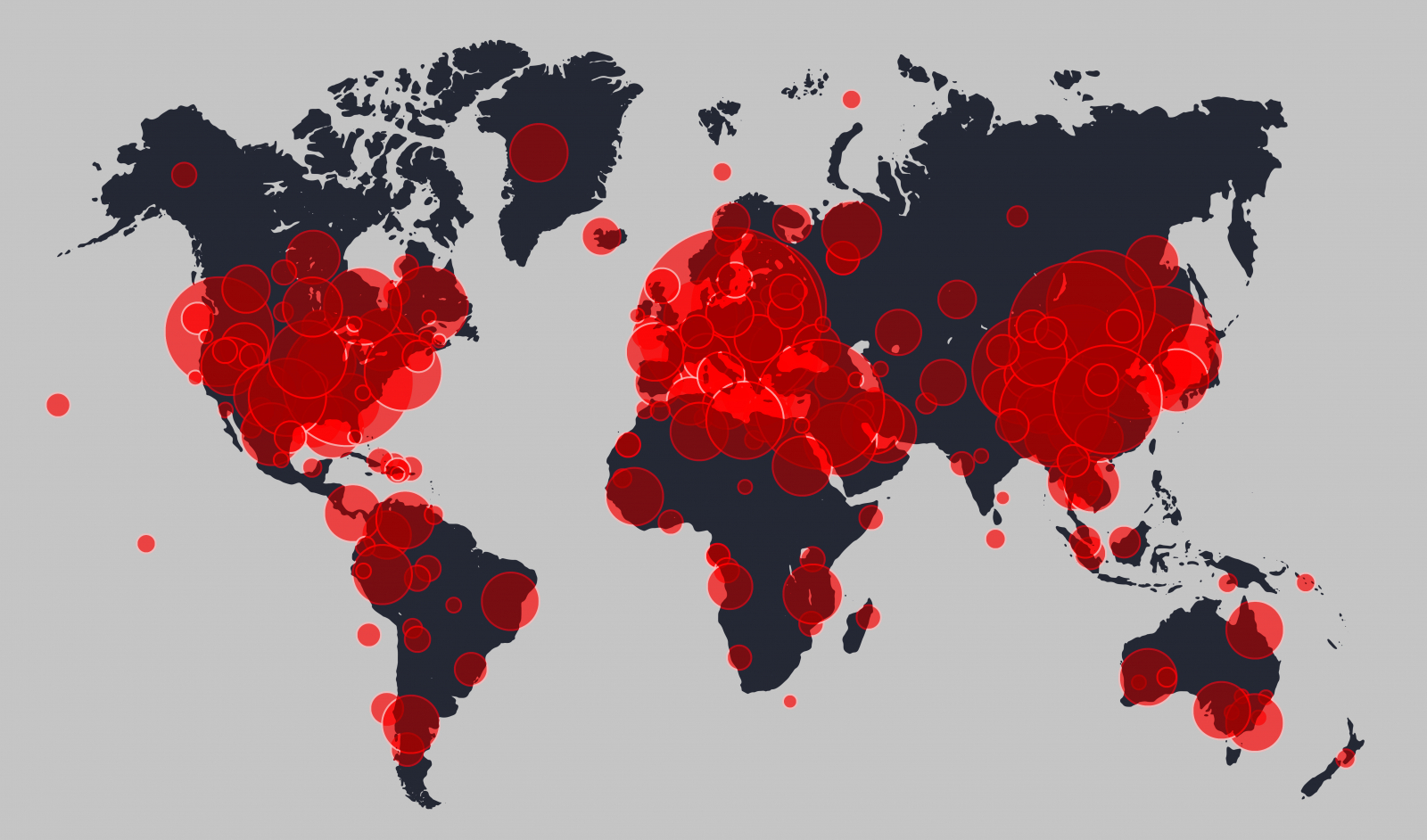 Countries Where New UK COVID-19 Variant Has Been Identified

Three new variants of COVID-19 have been detected in recent weeks, which has led to heightened vigilance across the world, as officials say a variant found in the UK could be up to 70% more transmissible.However, none of the variants so far have been shown to be more lethal or more likely to be able to escape vaccines or treatments.

A new variant was first reported in the UK on December 14th. Named VUI-202012/01 (the first variant under investigation in December 2020), it is believed to have first appeared in mid-September.

Called by some experts the B117 lineage, it quickly became the dominant strain in COVID-19 cases in many parts of the UK.Last week South Africa reported another new strain that appears to have mutated more than the British variant.

Known as 501.V2, this variant is dominant among new infections confirmed in South Africa. On December 24, the head of Africa’s disease control body said another strain of COVID-19, known as P681H, had been identified in Nigeria. It belongs to a distinct lineage from the other mutations but does not appear to spread as quickly as the other two new variants.

Below is a list of countries compiled by IzzSo, that have so far reported cases of new strains of coronavirus.

On December 21st, Australian health officials said two people from the UK had arrived in the country with the new strain.

The World Health Organization has reported that nine cases of a new variant have been detected in Denmark.

On December 26th, health officials in the Canadian province of Ontario reported the first two cases of the COVID-19 variant found in the UK.

The cases are a couple in Durham, an area east of Toronto, with no known travel history, exposure or high-risk contacts, the province said. They are isolated.

On December 25th, France detected its first case of a new variant in a French national who returned from the British capital on December 19th.

He showed no symptoms and was quarantined at his home in the central city of Tours.

On December 23rd, Italy registered the second case of a new strain of the novel coronavirus near the central city of Ancona, but the patient had no direct contact with the UK, where the variant emerged for the first time.

Laboratory director Stefano Menzo told Italian news agency ANSA that this was not the strain first detected in the UK.

The country had already detected this new COVID-19 strain on December 20th in a person recently arrived from the United Kingdom. The patient landed at Rome Fiumicino airport and is now in quarantine.

On December 25th, Japan reported its first five cases of the fast-spreading variant in passengers from the UK.

The country’s health minister said on December 27th that Jordan had detected its first two cases of the new variant of the coronavirus which has spread rapidly in parts of Britain, in travelers recently arrived from the UK. United.

In Lebanon, the country’s acting health minister said on December 25th that a case of the new variant had been detected on a flight from London.

On December 22nd, Dutch Health Minister Hugo de Jonge said the new variant identified in the UK had been found in two cases in the Amsterdam region.

On December 24th, the head of the Africa disease control body said a new variant of the novel coronavirus had emerged in Nigeria.

The variant was found in two patient samples collected on August 3 and October 9 in the Nigerian state of Osun, according to a working research paper viewed by the Associated Press news agency.

Singapore confirmed its first case of the novel coronavirus variant found in the UK on December 24th.

Among the 31 COVID-19 patients who arrived between November 17th and December 17th, one was confirmed to be a carrier of the B117 strain, while 11 others were found to be pre-infected, and their confirmation results are pending. Singapore’s health ministry said.

Spain reported its first four cases of the new variant on December 26th. All four infections were linked to a trip to the UK, said Regional Deputy Health Chief Antonio Zapatero.

There are three more suspected cases of the coronavirus variant but test results won’t be available until Tuesday or Wednesday, Zapatero said.

South Africa last week reported a new COVID-19 strain that appears to have mutated more than the UK variant. It has made its way in several countries, including the United Kingdom.

Known as 501.V2, this variant is dominant among new infections confirmed in South Africa and appears to be more infectious than the original virus, according to health officials and scientists leading the antivirus strategy. from the country.

South Korean authorities reported on December 28th that the new variant was detected in a family traveling to the country from London on December 22, according to the Korea Disease Control and Prevention Agency (KDCA).

The three have been isolated since testing positive.

The new variant of the coronavirus circulating in the UK was detected in Sweden after a traveler from the UK fell ill on arrival and tested positive, the Swedish Health Agency said on December 26th.

Health Agency official Sara Byfors told a press conference the traveler, who had not been identified, remained in isolation after arriving in Sweden and that no further positive cases were ‘had been detected so far.

On December 28th, Norway said the variant circulating in Britain was detected in two people who arrived from the UK earlier in December.

On December 14th, Health Secretary Matt Hancock said more than 1,000 cases of a new variant of the coronavirus had been discovered, mostly in the south of England.

On December 23rd, Hancock said the country had found two cases of another new variant of the coronavirus linked to South Africa.

“Both are contacts of cases who have traveled from South Africa in recent weeks,” Hancock said during a press briefing.

On December 29th, Indian health officials said they found six people who had returned from Britain in recent weeks who had tested positive for the new strain of coronavirus.

The six patients have been held in isolation, India’s health ministry said in a statement on Tuesday. “Their close contacts have also been quarantined,” the statement said.

On December 29th, Pakistan said it had detected three cases of the new strain of coronavirus in travelers returning from Britain.

“These samples will go through another phase of genotyping,” she said, adding that contact tracing of these travelers is ongoing and their contacts are also isolated.

On December 29th, Chile said it had registered its first case of the UK variant of the coronavirus, prompting health authorities to reinstate a mandatory quarantine period for all visitors entering the South American nation from the foreign.

Chilean Under Secretary for Health Paula Daza said a Chilean woman who returned to her home country on December 22nd tested positive for the variant. She had traveled to London to visit her family.

On December 29th, Switzerland documented five cases of the British variant and two cases of the South African mutation, a Department of Health official said, adding that he expected more cases to emerge.

On December 30th, the U.S. state of Colorado recorded what would be the first U.S. case of the infectious coronavirus variant.

Young to act as AG as Al-Rawi flies out 0