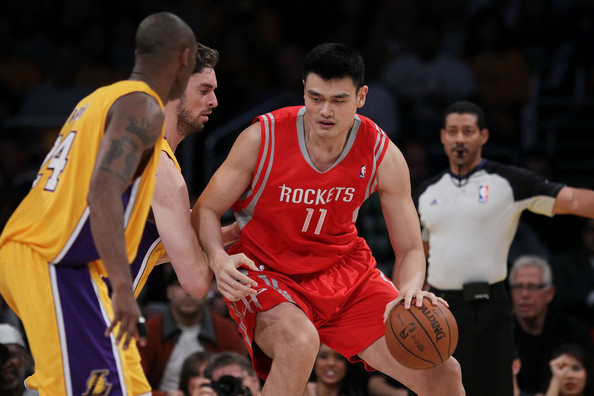 Could Yao Ming Mend The Fences Between the NBA and China?

Yao Ming could be the man in the middle if the NBA and China are going to mend fences.

Yao is a former Houston Rockets great and a basketball Hall of Famer. At home, the towering centre is even larger as head of the Chinese Basketball Association and one of the most recognisable figures in the country. NBA Commissioner Adam Silver wants to talk to him soon.

Yao Ming became the third Chinese basketball player in the history of the game to join the NBA when he was selected by the Houston Rockets in the 2002 NBA Draft.

“I’m hoping together that Yao Ming and I can find accommodation,” Silver said. “But he is extremely hot at the moment, and I understand it.”

Silver spoke at a new conference in Tokyo before an exhibition game between the Rockets and the NBA champion Toronto Raptors. He defended the right of Rockets general manager Daryl Morey to tweet last week in support of anti-government protests in Hong Kong.

The tweet has since been deleted. But Silver made it clear what the NBA stands for.

“I understand there are consequences,” he said. “We are not apologising for Daryl exercising his freedom of expression. I regret that so many people [in China] are upset, including millions and millions of our fans.”

Silver said his office had talked with Yao and suggested the two might meet when he travels on Wednesday to Shanghai. The Los Angeles Lakers and the Brooklyn Nets play exhibitions on Thursday in Shanghai and on Saturday in the southern city of Shenzhen, which neighbours Hong Kong.

China state broadcaster CCTV has said it will not air the two exhibition games.

“There’s no question that Daryl’s tweet has hit what I would describe as a third-rail issue in China,” Silver said. “I think Yao is extremely unsettled. I’m not quite sure he accepts how we are operating our business right now.”

Silver said he and Yao “have been close friends since the joined the league.” He talked of finding “mutual respect for each other’s political systems and beliefs.”

Players and coaches were asked about the rift after the Raptors beat the Rockets 134-129.

“It’s not a distraction,” Rockets guard Russell Westbrook. “We’re focused on our team and getting better.”

Basketball is very popular in China, driven by roots put down there for three decades by the NBA, and by Yao’s popular career as the first and only Chinese superstar in the league.

“But I’m a realist as well and I recognise that this issue may not die down so quickly,” Silver said.

The CBA, a government-directed body headed by Yao, has suspended its relationship with the Rockets as a response to Morey’s tweet, which read “Fight for Freedom. Stand with Hong Kong.”

Silver said the disputed tweet may have inadvertently raised the issues surrounding Hong Kong to a wide audience, perhaps to some sports fans “who might not otherwise pay attention. Sports shines a light on them.”

“Certainly, I don’t come here as the commissioner of the NBA and an American to tell others how to run their governments,” Silver added. “At the end of the day, though, I am an American and there are some values that are deeply rooted in the DNA of the NBA. That includes freedom of expression for our employees.”