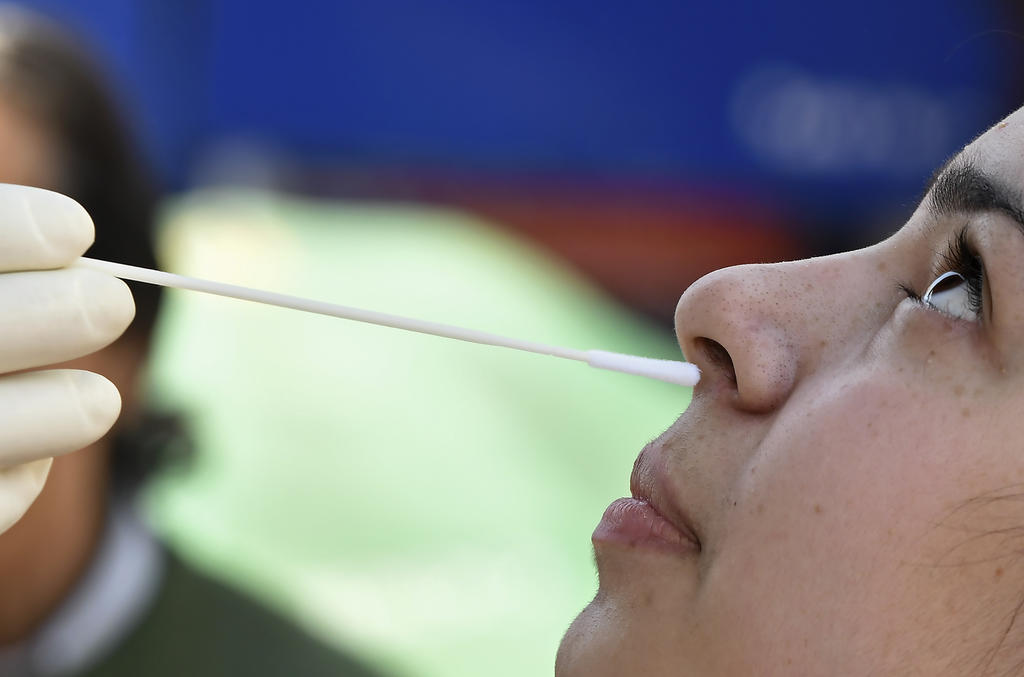 A nasal swab test for Covid-19 pierced the lining of a woman’s brain in the U.S., causing fluid to leak out of her nose and put her at risk of developing a fatal infection, doctors reported in a specialized newspaper on October 1st.

The patient, who is about 40 years old, had a rare undiagnosed condition. In addition, the examination may have been performed inappropriately, a sequence of improbable events that makes the risk of nasal exams remain low.

However, this case showed that healthcare professionals should be careful to follow the test protocols, Jarrett Walsh, the lead author of the article published in the scientific journal JAMA Otolaryngology – Head & Neck Surgery, told AFP.

If possible, people who have undergone extensive surgery on the sinuses or at the base of the skull should consider requesting an oral test, he added.

“This underscores the need for proper training of the test taker and the need for vigilance after testing,” added ear, nose and throat specialist Dennis Kraus of Lenox Hill Hospital in New York, who was not involved in the test. study.

Walsh, who serves at the University of Iowa Hospital, said the woman had had a nasal test before elective hernia surgery, and then noticed clear fluid coming out of one side of her nose.

Shortly thereafter, she began to experience headache, vomiting, stiff neck and sensitivity to light, and was taken to Walsh’s care.

“She had previously undergone the swab for another procedure, on the same side, with no problems. She considers that perhaps the second test did not use the best technique and that the entry was a little high,” said the doctor.

The woman had been treated years before for intracranial hypertension – which meant that the pressure of the cerebrospinal fluid that protects and nourishes the brain was very high.

At the time, doctors used an implant to drain some of the fluid and the condition was resolved.

However, it caused her to develop what is called an encephalocele, or a defect at the base of the skull that caused the lining of the brain to protrude into the nose, where it was susceptible to rupture.

This went unnoticed until old tests were analyzed by his new doctors, who underwent surgery to repair the problem in July. The patient has now fully recovered.

Walsh said he believed the symptoms she developed were the result of irritation in the lining of the brain.

If the problem had not been treated, she could have developed a potentially fatal brain infection, caused by bacteria that went up through the nose.

Being a Transgender Woman in T&T: Brandy Rodriguez 0

TATT: Use fire sticks and Android boxes once apps are paid for 0