Coronavirus-Hit Cruise Ship Docks In Cuba For Passengers To Evacuate

A British cruise ship that was turned away from Barbados and the Bahamas over coronavirus infections docked in Cuba on Wednesday.

The MS Braemar has more than 1,000 people aboard including five confirmed coronavirus cases and more than 50 people in isolation due to showing flu-like symptoms.

The ship operated by Fred Olsen Cruise Lines and carrying 682 passengers and 381 crew docked at the Mariel industrial port 45 kilometers (30 miles) west of the capital Havana, AFP reporters at the scene said.

Cuba’s government had agreed to allow the ship to dock for “humanitarian reasons.”

“We are very grateful to the Cuban government for swiftly enabling this operation and for their close co-operation to make sure it could be successful,” said British Foreign Minister Dominic Raab. 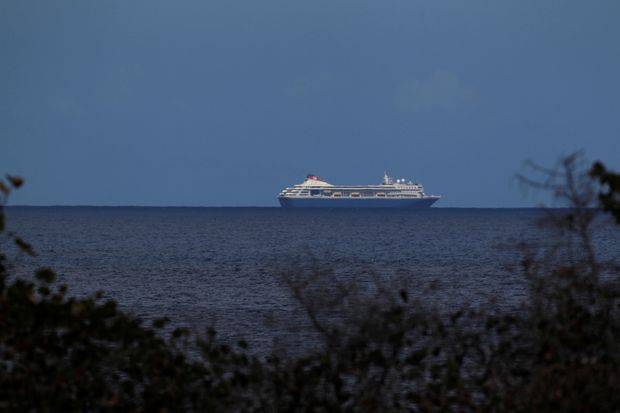 After disembarking, the passengers and crew will be taken to Havana’s Jose Marti international airport before they are transported to Britain in four planes.

“We’ve applied all the measures for a secure, hospitable and rapid transfer of the ship’s passengers and crew,” foreign ministry head of press, Juan Antonio Fernandez said on Tuesday.

According to the Fred Olsen Internet page, those that have contracted the virus and those displaying flu-like symptoms, alongside their families, will be repatriated on a separate flight with “medical professionals available.”
On arrival they will be obliged to “self-isolate for 14 days.”

“Any guests who are considered not to be well enough to fly will be offered support and medical treatment in Cuba,” the UK-based but Norwegian-owned company added.

Cuba has recorded just seven coronavirus cases but unlike much of the rest of Latin America has so far kept its borders open. The Caribbean island nation is largely reliant on tourism revenue.

Tobago man held with pistol and ammo in vehicle 0