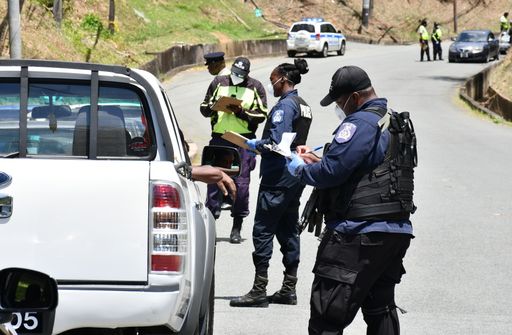 THPB officers were on static engagement patrol along the westbound lane of the Churchill-Roosevelt Highway, Aranguez, around 7:50 am, on Tuesday 19th July, 2022, when they received a transmission from the Command Centre about the larceny of a white Nissan B-15 motor vehicle in the Caroni district.

A short time later, the officers observed the said vehicle entering a service station in Aranguez and proceeded to intercept it.

Three male occupants were arrested and handed over to officers of the Barataria Police Station. The recovered vehicle was also handed over to the officers at the station.