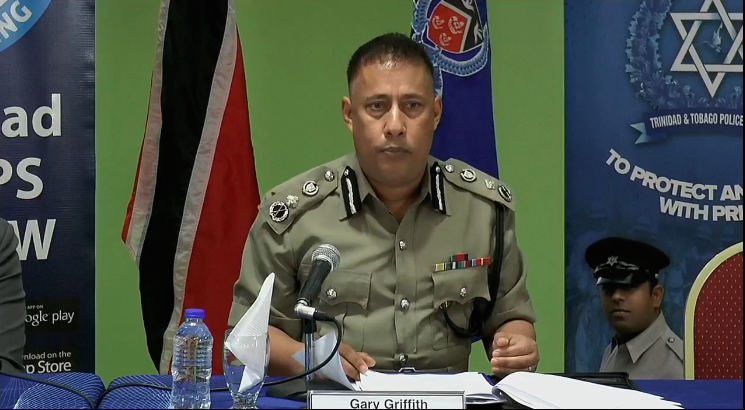 Police Commissioner Gary Griffith has decided to forego his planned vacation to Ireland.

Speaking at a media briefing at the Police Administration Building on Thursday, Griffith said that his plans have now changed.

He was originally carded to begin a one-month vacation trip to Ireland with his family on Friday.

However, he said “There were discussions held between the Minister of National Security and myself, as well as the Police Service Commission and myself, over the last 24 hours.
“Because of the present situation that is ongoing as it pertains to a very serious investigation that may involve senior officers in the Trinidad and Tobago Police Service (TTPS) and the Trinidad and Tobago Defence Force (TTDF), it may not be the right time for me to go on vacation.”

He added: “Based on that, this may not be the appropriate time because of the serious nature of this investigation as well as other matters that may require my attention. After having discussions with the Minister of National Security and the Police Service Commission, I will not be going on leave tomorrow and I will be back in office until further notice.”

The investigation involves the video footage of an officer attached to the TTDF, who was seen stuffing an envelope of cash into his tactical uniform.
The incident took place during the raid of the DSS in La Horquetta where some $22 million was confiscated.