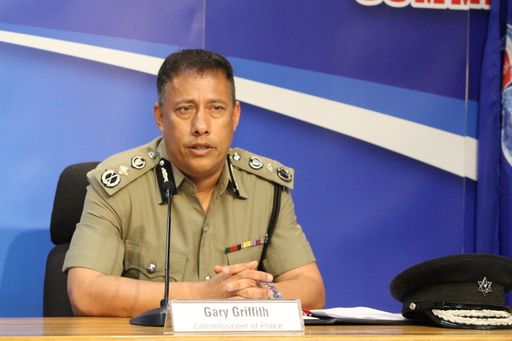 The Trinidad and Tobago Police Service has challenged Denyse Renne and the Express to state which individuals have received legal firearms whilst under investigation for being in possession of illegal firearms, and who acquired legal firearms without a Certificate of Character.

Police Commissioner Gary Griffith said that the individual referred to by Denyse Renne and the Express never received a firearm license, “so it appears that her 11-month investigation was a waste of time.”

According to a press release sent by Commissioner Griffith, TTPS has thoroughly researched this latest accusation.

He said the file in question was recommended by an investigator in the Division, and it appeared that the investigator used the Certificate of Character attached to the file which showed no convictions.

The applicant was therefore recommended by the investigator.

After the investigation was completed and while the file was making its way through the process, it was determined that the said individual had been charged for a criminal offence. This was then noted on the file and the file returned to the firearm section.

He said, “It is precisely because of the checks and balances built into the system that this license was NOT given.”

“Both Compliance Unit and the Senior Superintendent picked up on the situation and the application was immediately stopped.  As such no provisional permit or Firearm license was ever issued.”

Throughout 2018, before Commissioner Griffith took office, a mere 126 FULs were issued.

Since his assumption to office, he has done all required to deal with the backlog of over 30,000 applicants, the vast majority of whom have been waiting several years for even a response.

Commissioner Griffith has issued Provisional permits and/or Firearm licenses to over 6000 applicants, ironically inclusive of dozens of employees in the media and their spouses, some of whom acquired said licenses mere months after his intervention, and rightly so as based on the criteria they qualified to be granted the licenses.

He said, “Ms Renne’s interest and insinuation, however, is that a mere handful of those in the business sector who support the Police, through the I Support Our Service Project are in fact doing so only to be granted Firearm Licenses. This is an outrageous, scandalous, and absurd insinuation which seeks to do nothing more than create ‘bacchanal.”

He said the facts are that he discovered that certain officers in stations were deliberately holding back firearm applications for no understandable reason in many cases for years.

There were also reports and complaints of applicants being approached to pay in order to have their files advanced.

Officers would then even go further and reject applicants using nebulous and mundane reasons such as “there is no immediate threat to the life of the applicant”.

This is not a prerequisite for someone to get a firearm, in fact, such a concept is flawed, as it suggests that someone must be on the verge of being killed to be granted a firearm.

He said, “Because the power to manipulate firearm applications to the convenience of persons within the chain has been removed, it appears persons may be disappointed.”

“Had the reporter been professional enough to enquire from the Police Commissioner or the Firearms Department, she would have known the truth.”

The other baseless accusation of husbands getting legal firearms whilst there were reports by their spouse of being physically assaulted is simply not likely or plausible since every spouse must provide permission for and agree to the other spouse having a firearm.

In response, Express has published a poof of a Firearm License that was granted.

Express said, “An 11-month investigation published in Sunday Express revealed despite strong recommendations from officers tasked with probing whether individuals fitted the criteria to have a PL and FULs, Griffith ignored advice and affixed his signature approving licences to persons under active police investigation and currently before the courts charged with criminal offences.” 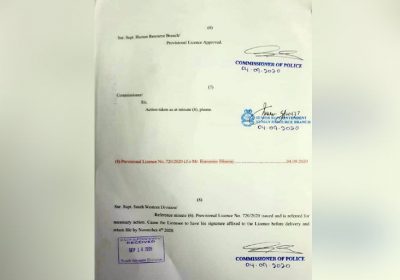 State Of Emergency To End At Midnight 0