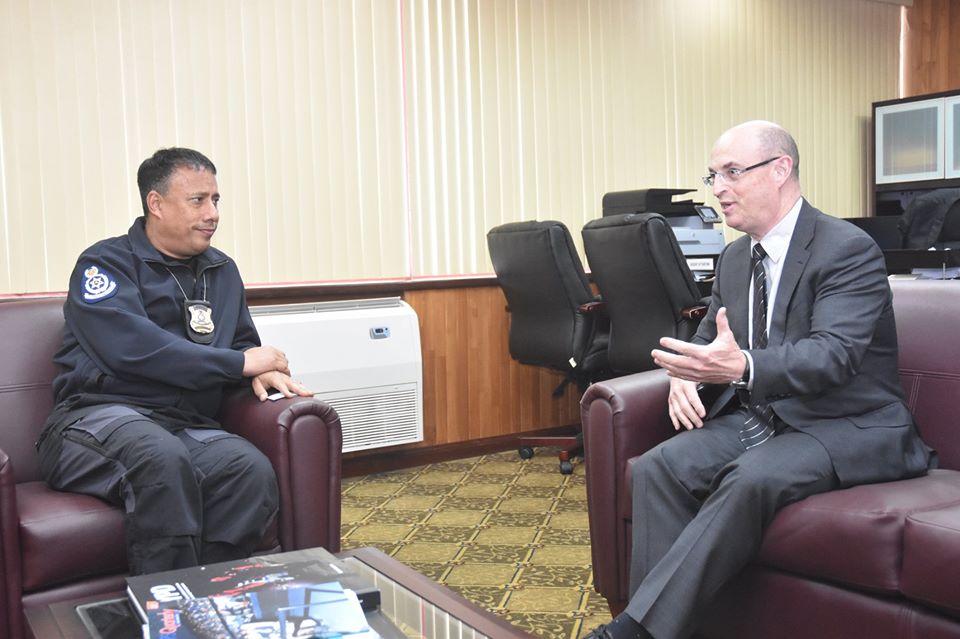 CoP receives courtesy call from the High Commissioner for Australia

Commissioner of Police Gary Griffith received a courtesy call today from the newly appointed High Commissioner for the Commonwealth of Australia, His Excellency Bruce Lendon.

The meeting took place at the Office of the Commissioner of Police on Tuesday 5th November, at Police Administration Building, Port of Spain.

His Excellency and Commissioner Griffith discussed avenues for corporation aimed at enhancing the performance of the Trinidad and Tobago Police Service (TTPS), such as providing training opportunities for law enforcement officials.

The Commissioner also discussed some new initiatives which have been implemented at the TTPS such as the Emergency Response Patrols and the establishment of the Commissioner’s Command Centre.

He also assured the Ambassador, that the Commissioner’s Command Centre will assist in ensuring the safety of members of the Diplomatic Corps.