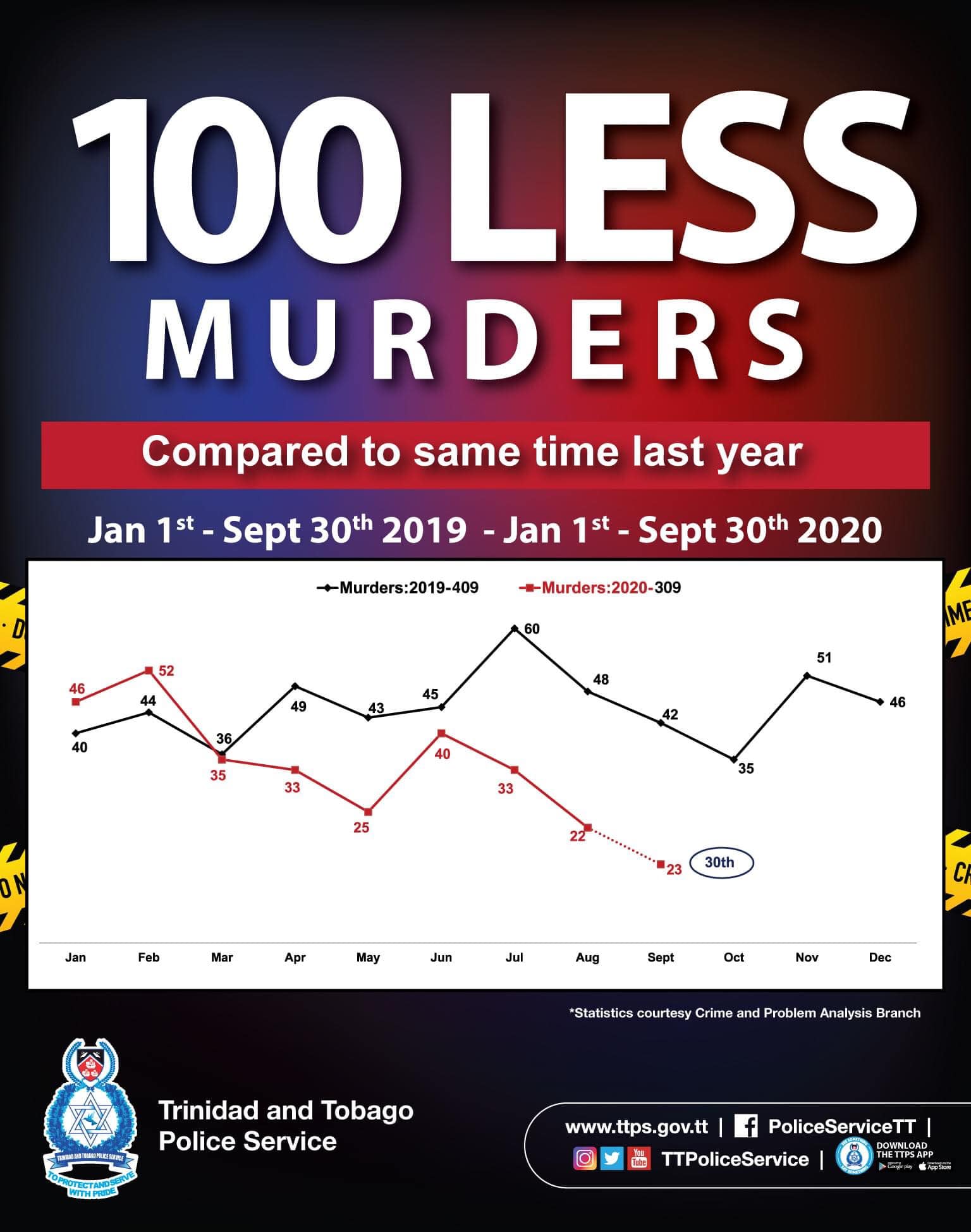 There have been 100 fewer murders recorded for the first nine months of 2020.

Police Commissioner Gary Griffth made the announcement at a media briefing on Thursday.

The COP said for the first time in the history of the police, such a figure was recorded.

The figures were based on a comparison between this year and 2019.

Griffith said the figure was a consequence of intelligence-led crime-fighting.

He added that the use of technology and the improved relationships between the police and the public, which saw the public place more of its trust and confidence in the police,  also played a part in reducing the numbers.

By year-end, Griffith said he plans to reduce the total number of murders by 150.

“I am not stating that this country could ever get back to 150 murders. But we can get back to the acceptable levels. To move from 530 to 330, that is a great achievement.”